Thanks for Visiting Mint
You seem to have an Ad Blocker on. Please turn it off in order to continue, or whitelist Mint
HOW TO TURN OFF AD BLOCKER
OR
REFRESH IF YOU ALREADY TURNED OFF THE AD BLOCKER
Home >Market >Stock-market-news >Jubilant Foodworks, Domino Pizza operator in India, tops mid-cap gainers in 2018

Jubilant Foodworks' same-store sales growth is expected to be 'bolstered' by as much as 600 basis points for the next few quarters, says CLSA India

Mumbai: Mid-cap stocks in India may not be having their best year, but there is one bright spot among these companies.

After a stellar 106% rally last year, the Indian operator of Domino’s Pizza — Jubilant Foodworks Ltd. — is the best-performing mid-cap stock so far in 2018.

A steep cut in the sales tax rate applicable for restaurants last year, an increase in menu prices and a revival in consumer sentiment in the world’s second-most populous nation have all led to buoyant sales and profit forecasts for the company. Jubilant’s same-store sales growth is expected to be “bolstered" by as much as 600 basis points for the next few quarters, according to CLSA India Pvt. 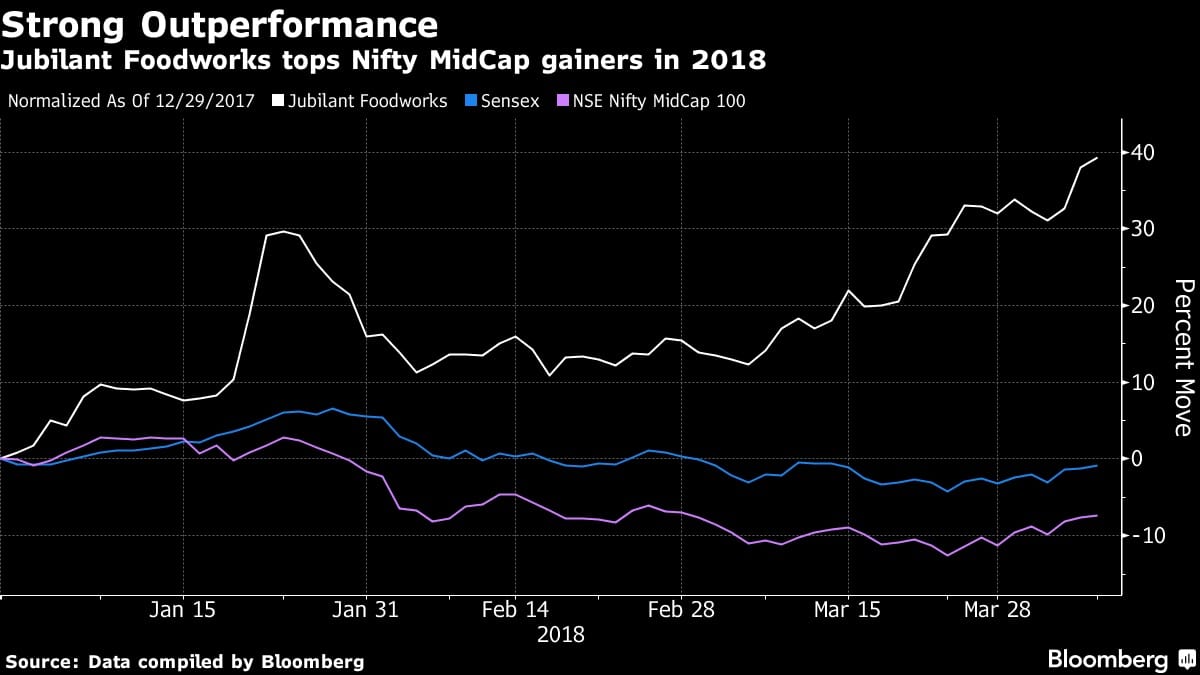 Shares have jumped 39% this year compared with the benchmark S&P BSE Sensex’s 0.7% decline and the NSE Nifty MidCap 100 Index’s more than 7% drop.

Nearly 70% of the 32 analysts that track the stock have a buy or equivalent rating on it, the highest ratio in more than two years, and the company’s annual net income for the 12 months ended 31 March, 2018 is expected to rise for the first time in five years, according to estimates compiled by Bloomberg. Bloomberg