Market roundup | Tourist arrivals keep up the tempo for now

Foreign tourist arrivals grew by 11.8% in August. Albeit lower than 17.1% growth in July, the increase is materially higher compared to what it was last year

Tourist arrivals keep up the tempo for now

Foreign tourist arrivals grew by 11.8% in August. Albeit lower than the 17.1% growth in July, the increase is materially higher compared to what it was last year, according to data from the tourism ministry. Cumulative growth in the January-August period stood at 10.2%, more than double the rate at which tourist arrivals grew in the year-ago period (4.6%), the data shows.

Focused government initiatives and easing of some regulations are said to be attracting more tourists. The extended travel season, and increasing visits for medical and education purposes may also be adding to the tourist numbers. Typically, the traditional tourist season begins in October and ends in April. However, the chikungunya and dengue outbreak in Delhi has begun to impact the travel and tourism sector ahead of the holiday season in that region.

Delhi is used as a transit point by tourists during their travel to places such as Agra. In August, Delhi accounted for 28.4% of all foreign tourist arrivals in the country. 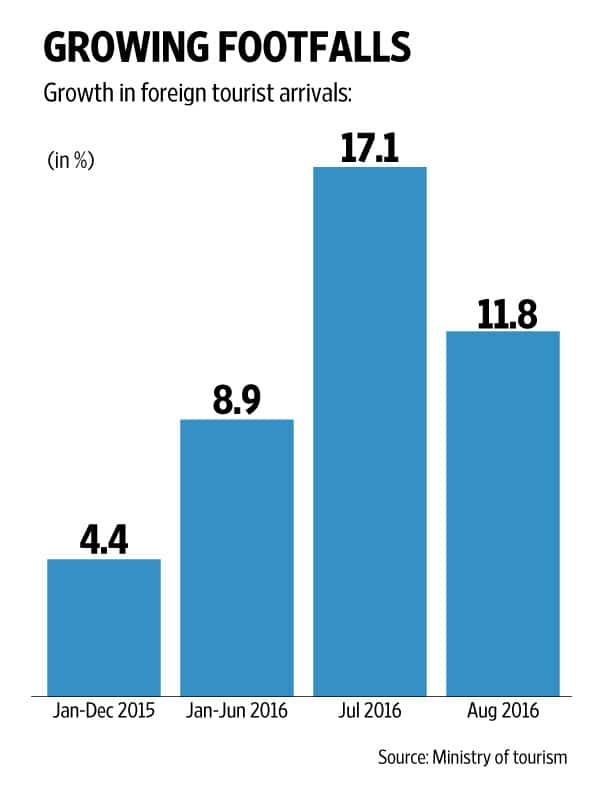 Global zinc output continues to remain tight in 2016 even as consumption is increasing. Zinc prices have been rising in 2016. The International Lead and Zinc Study Group said the deficit in zinc in the January-July period (excess of demand over supply) was 174,000 tonnes, versus a surplus of 194,000 tonnes a year ago.

While mined output declined by 6.1% due to reductions in Australia, India, Ireland and Peru, refined metal output fell by 3.9% due to declines in India and the US. Chinese consumption of zinc rose by 6%, driving up global refined metal usage by 0.7%. 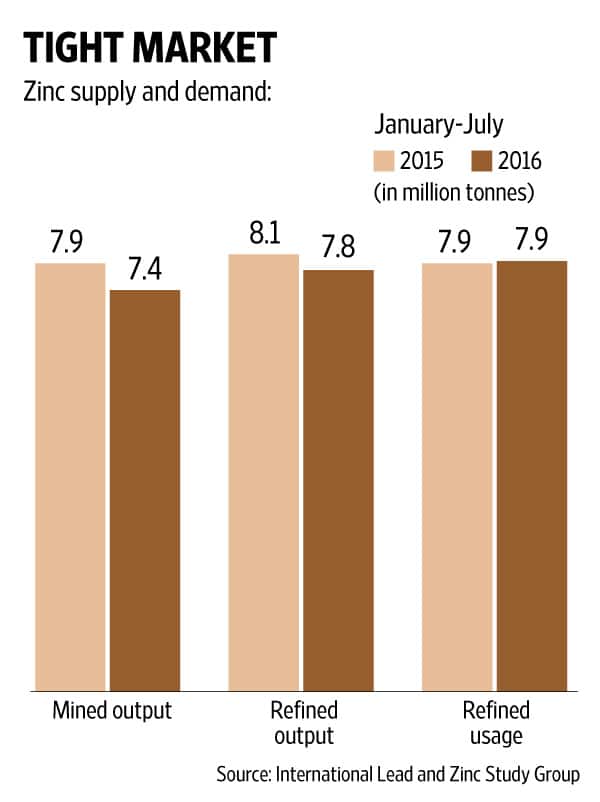 Truck rentals improved 4% by mid-September compared to late August, thanks to a jump in cargo arrivals at agricultural produce marketing committees (APMCs) and an increase in freight due to the forthcoming festive season, according to data collated by Indian Foundation of Transport Research and Training (IFTRT).

Besides, the hike in rentals accounts for the increase in diesel prices since 1 September. IFTRT added that fleet utilization has improved considerably between 1 and 16 September. Arrival of fruits, vegetables, pulses and other food items at APMCs has gone up almost 20-25%.

Besides, factory output in various industries has increased due to the onset of the festive season. Between April and end-August, rentals had fallen by around 5-6% on a year-on-year basis on most major routes.