Will Seventh Pay Commission ease woes of the realty sector?

Here's how the recommended 16% rise in basic salary and the 138.7% increase in HRA could spur demand for housing

Will the Seventh Pay Commission help the real estate sector that has been enmeshed in a host of problems over the last several years? Tracing the history of such central government salary revisions in the past, analysts hope that it will boost consumption in the economy.

This time around, there’s reason for real estate developers to smile, too. Here’s how the recommended 16% rise in basic salary and the 138.7% increase in house rent allowance (HRA) could spur demand for housing.

First, it implies a higher disposable income. Second, higher HRA will boost rentals and with the cost of property remaining range-bound, it will improve rental yields. This, in turn, could motivate investment in residential property.

A Bank of America-Merrill Lynch report outlines several other proposals in the pay commission report that could prop up housing demand. For instance, the subsidized housing loan limit has been hiked, while the period of continuous service to avail of it has been reduced. Further, this is likely to extend to both spouses separately, if they are central government employees.

Note that in the recent past, the government has initiated reforms like opening realty projects to foreign direct investment and real estate investment trusts. Besides, with interest rates being lowered and some firms being able to lure private equity investors, there is a ray of hope that the debt-laden realty firms would get some relief.

But these are at the corporate level and these alone are not enough. Retail demand for property is still in a state of inertia with most developers stuck with unsold inventory. New launches have petered out and cash flows are insufficient to cover basic costs of developers in many cases. 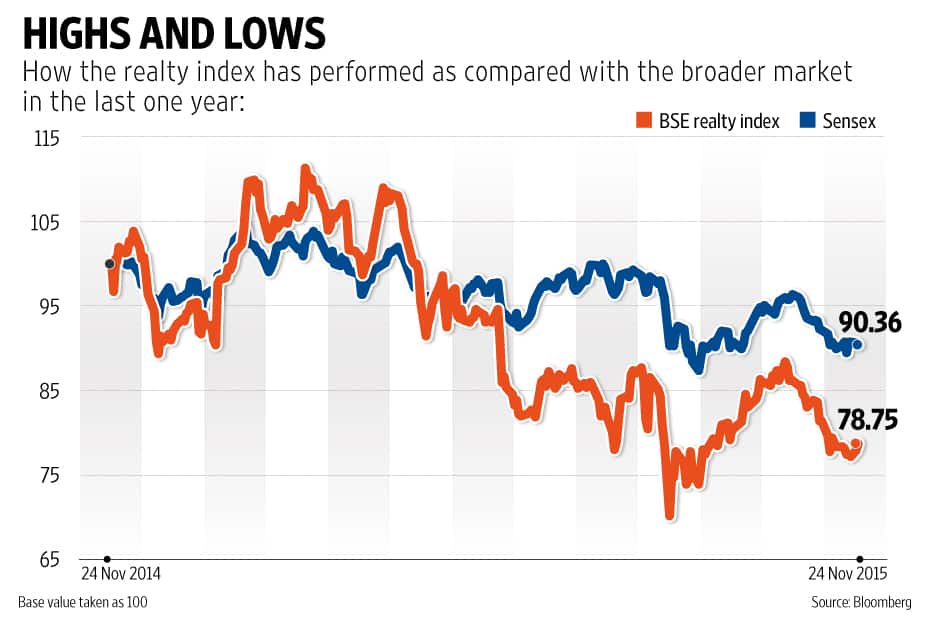 A few weeks ago, a Crisil Ltd report said that with construction costs outpacing customer advances lately, and debt servicing being refinanced for the past two years (2013-2015), developers have been caught in a debt spiral. The 25 developers covered under the study have seen a 25% jump in residential debt to ₹ 61,500 crore as on 31 March 2015, compared with ₹ 48,800 crore as on 31 March 2013. The underperformance of the BSE Real Estate index, therefore, for a long period and its sporadic rise when any new reform measure is announced show lack of equity investor confidence.

While the reforms stated earlier may help alleviate the interest cost pressure at least partially, the Seventh Pay Commission may give the much-needed demand push. “It should set the pace for higher home sales and improve cash flows for developers. Collectively these steps could bring relief to the realty sector," says Binaifer Jehani, director, Crisil Research.