All funds in India are minuscule

Launched in 1994 by the erstwhile Twentieth Century Asset Management Co. Ltd, HDFC Prudence Fund—arguably India’s most successful balanced fund—was then known as Centurion Prudence Fund. Though its fund house changed hands twice—Zurich India Asset Management Co. Ltd acquired it first in 1999 and then HDFC Asset Management Co. Ltd acquired Zurich India in 2003—Prashant Jain has continued to manage this scheme. He now holds the record for managing a single mutual fund scheme in India for the longest duration at a stretch. HDFC Prudence has returned 19.1% since its inception and claims to have about 2,500 investors who have stayed invested in it throughout these 20 years. In a conversation, Jain tells us how life has changed in these 20 years as a fund manager, and why certain other things remain the same.

How has your approach towards HDFC Prudence changed over the years? It started off as a small fund; today is one of India’s largest equity-oriented schemes. Corpus has grown, times have changed.

Nothing much. Tax treatment of balanced funds has changed; they now need to maintain 65% allocation to equities.

Earlier it was possible to lower the exposure to equities.

As far as size is concerned, in my opinion, all funds in India are minuscule. India’s equity market capitalization is about 74 trillion.

Compared to this, 5,000 crore worth of schemes is minuscule (0.07%). So, there aren’t any large funds in India. In fact, all mutual funds in India collectively own just about 2.5 % of the equity markets.

The atmosphere has changed though. Way back in 1991, when I started my career, there was no screen-based trading; there were no mobile phones. While travelling, we would stop at a public call booth to check on the markets. Research from brokerages was less and information gathering itself was a major activity. I remember we had tied up with a few scrap paper dealers to sell annual reports to us by the kilo. No company visited us in our office except at the time of public issues. There was no investor relations role in companies. There were no star ratings done on mutual funds. Airfares were less affordable and we were advised to keep travel to a minimum, unlike today, when people have to be prodded to travel more.

Despite the explosion in information availability and other changes, the nature and character of the markets and its participants remains unchanged. 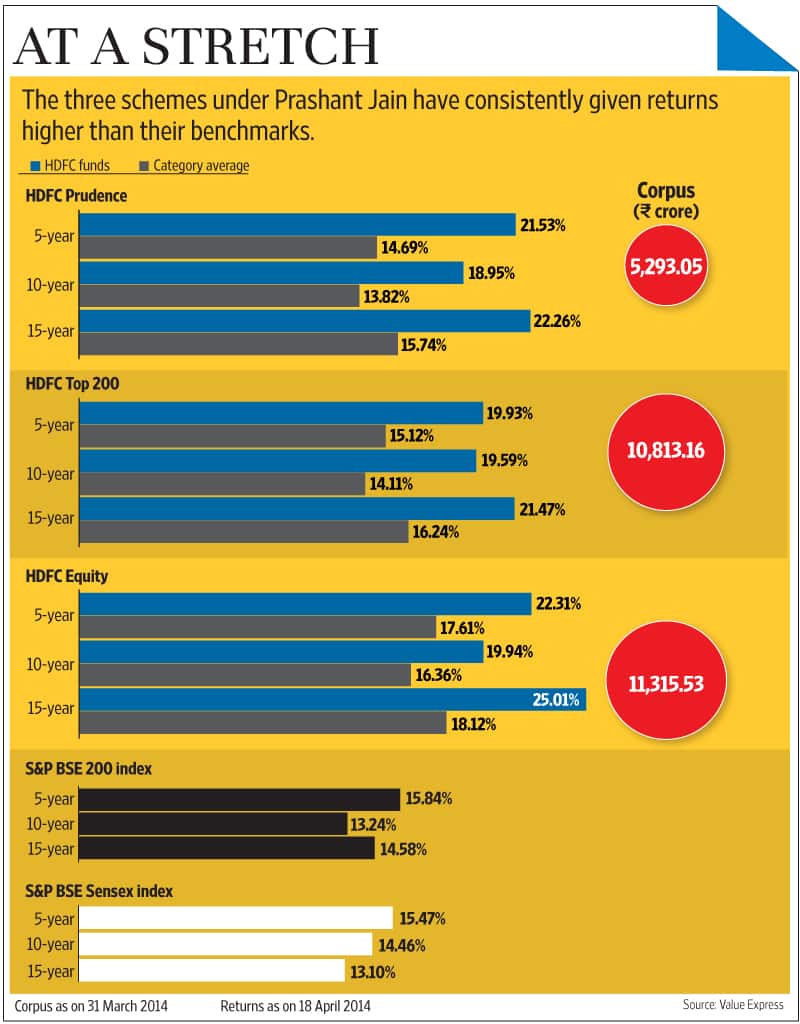 There have been very few instances of mutual funds being managed by one individual for so long. Notable exceptions abroad being Anthony Bolton, for about 28 years at Fidelity and Peter Lynch of Fidelity US for 13 years. In India, there are Templeton’s Siva Subramanian and Sukumar Rajah with about 14 years each. What do you think is the reason for this?

The nature of a fund manager’s job is such that performance tends to be volatile particularly over short to medium periods. Further, given the relative nature of performance measurement, it is virtually impossible for a majority of managers to do well at any point of time. This, and the short-term focus of many market participants, could be important factors for the short tenures of mutual fund managers.

Besides, desire to work in more established companies or better compensation or bigger roles and more remunerative structures like hedge funds or private equity funds for similar work could be some of the other reasons.

I do not have any targets for tenure in mind. I hope to be associated with this scheme till the time I enjoy it and am able to do justice to it. However, I do wish that whenever I stop managing this scheme, the net asset value (NAV) will be at an all-time high, so that anyone who has invested with the fund at any point of time is in money. 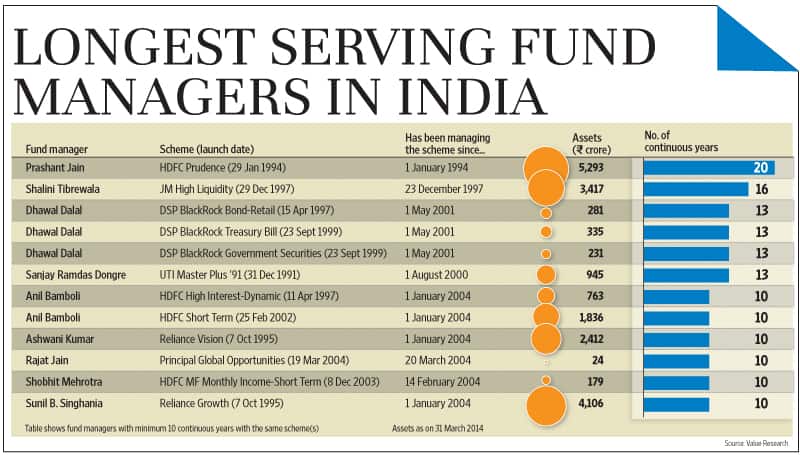 When a fund manager manages a scheme for so long, is it possible for him or her to become biased towards it? Can the manager get so emotionally attached that over a period of time, the fund manager doesn’t take adequate risks, just to protect one’s own legacy?

It is possible, but in my opinion, that has not happened in this case. In fact, some feel that HDFC Prudence Fund takes more risk. For example, 2013 was not a good year for this scheme, as the portfolio had (with the benefit of hindsight) higher risk than the benchmark and peers. Tapering in the US and its aftermath adversely impacted performance, and it is only in the past few quarters that the scheme is back near the top.

Something similar happened in 2008, after the Lehman crisis. At that time, too, it took nearly a year to come back.

My consistent effort has been to do what is best for the scheme over the medium to long term. In my opinion, this is the only way to perform and to do well over the long term. Neither performance nor legacy can be maintained by reducing the risk. Our job is to take risks—not recklessly, but well thought out ones—and to manage the same.

How important is the debt component in a balanced fund? HDFC Prudence has managed to beat nearly 80% of the equity schemes in 5- and 10-year periods. Do you take active positions regularly in its debt component or is it just run as a cash fund?

Debt is a very important component. Though over long periods, returns from debt are meaningfully lower than equities, yet, at certain junctures, debt can outperform equities.

I have actively managed the debt portfolio—both in terms of duration and credit. In my opinion, active management of fixed income has added value over medium to long periods. I recollect way back, we had very patiently accumulated a large quantity of Tisco (now Tata Steel) secured premium notes and it was a top holding in the fund in the late 1990s at yield-to-maturity of about 22%. I must, however, add that presently there is very low, if any, credit risk in the portfolio as the payoffs are small.

Do you personally invest in this scheme?

A significant portion of my wealth is invested in HDFC Prudence Fund. Interestingly, there are about 2,500 investors who have been with this fund for 20 years.

Tell us about some of your best calls in this scheme.

Buying IT (information technology) stocks in the mid-1990s and reducing exposure in time in 1999; buying old economy stocks in sectors such as steel, auto, capital goods, banks, and others, during 1999-2000; not buying real estate and power utilities companies in 2007 and instead buying fast-moving consumer goods, pharmaceuticals, among others, have all played a role.

What’s been your biggest mistake in this fund?

Not owning stocks like Sun Pharmaceuticals and Asian Paints, in my opinion, were big mistakes.