Singapore/Hong Kong: When Cambridge Industrial Trust declared itself Singapore’s first sharia-compliant property trust in July, many analysts dismissed it as a gimmick. But the move is symbolic of a tougher financing landscape, where initial public offerings, mortgage-backed securities and bond issues have become prohibitively expensive due to the global credit crisis. 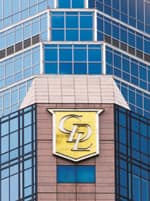 South-East Asia’s second biggest developer City Developments Ltd is following Cambridge’s lead, and hopes to issue the first tranche of a $700 million (Rs3,101 crore) Islamic bond programme by the end of the year.

“Where else can I look for a more competitive, alternative source? That’s Islamic capital," said Goh Ann Nee, chief financial officer of Singapore’s City Developments. “There’s trillions of dollars just sitting there looking for investments, and unless you’re sharia-compliant, you can’t just knock on their door and say ‘invest in my company, or product’."

Financing based on sharia, or Islamic law, requires that gains be derived from ethical and socially responsible investments, and frowns on interest-based banking.

While Islamic financing has side-stepped the credit crun-ch, Asian property has not, with banks scaling back their exposure to realty firms, especially in highly leveraged markets in Japan and Australia.

At the same time, equity and bond issuance has fallen by the wayside as markets plunged. Some 30 Chinese developers have had to shelve share sales as their listed rivals saw share prices slashed 70% since November.

Property trust Saizen Real Estate Investment Trust, which owns Japanese apartment blocks, has seen its funding costs rise by about 70 basis points in the last year, because it has had to approach a European bank for a loan rather than issue commercial mortgage-backed securities. A hundred basis points equal one percentage point.

“Banks now have no appetite for risk, so the door to the CMBS (commercial mortgage-backed securities) market has closed," said Raymond Wong, executive director of the firm that manages Saizen. “It was a big disappointment to us, but was a wake-up call to cultivate relationships with balance sheet lenders, banks that lend from their own pockets."

Many developers are trying to mimic a model followed by Singapore’s CapitaLand Ltd for the last five years—injecting assets into wholesale funds, attracting other investors.

If the funds own commercial buildings, they can then be spun off into real estate investment trusts (REITs), which have caught on in Asia over the last six years, but lost their lustre because of the credit crunch and rising inflation and interest rates.

“We’re seeing the number of unlisted fund raisings increase dramatically," said Anthony Ryan, head of Asia property investment banking at JPMorgan Chase and Co. “This will become an important source of non-dilutive capital for developers and a diversification away from the volatile listed markets."

Among developers looking to establish funds businesses are Chinese firm Shui On Land Ltd, and Unitech Ltd and DLF Ltd in India. But global investors are wary about potential conflicts of interest if a developer manages its own fund.

In India, friction has risen because developers want to sell land into funds at current market prices for an instant profit. But investors, saying they want to share the risks and rewards, want plots to be injected at the lower acquisition value.

“Plenty come to us trying to set up a fund, but without a track record, or fund management skills, it’s very difficult because of conflicts of interest," said Henrik Broeker, national director for Asia capital markets at consultants Jones Lang LaSalle in Hong Kong. “I’ve told them to look for private equity, because it makes more sense." He added, “They can go later to the international market to set up a fund with the private equity house."

The winners are likely to be giant funds that have set up shop in Asia, including those run by Citigroup Inc., Morgan Stanley and Blackstone Group Lp., who are keen to pick up assets, or enter joint ventures on the cheap.