Thanks for Visiting Mint
You seem to have an Ad Blocker on. Please turn it off in order to continue, or whitelist Mint
HOW TO TURN OFF AD BLOCKER
OR
REFRESH IF YOU ALREADY TURNED OFF THE AD BLOCKER
Home >Market >Mark-to-market >Lupin’s Q2 results offers hope of a revival

Lupin Ltd’s September quarter results offer some hope of a revival in its fortunes. Over a year ago, things look bad, what with sales crawling up by 0.4% and net profit falling by 41.5%. While the profit decline seems dire, some of that was due to higher tax, and its pre-tax profit fell by 27.3%.

The company’s performance over the June quarter is what merits some attention, especially for the US generics business. US revenue rose by 5.3% in rupee terms and 1.8% in dollar terms. While the rupee depreciation no doubt helped, Lupin said that growth has stabilized. The management said sales growth was chiefly from existing products and that it also benefited from supply-chain issues being faced by some of its competitors. In the second half, it expects growth to improve with the flu season commencing in the US market and also from Solosec revenues. 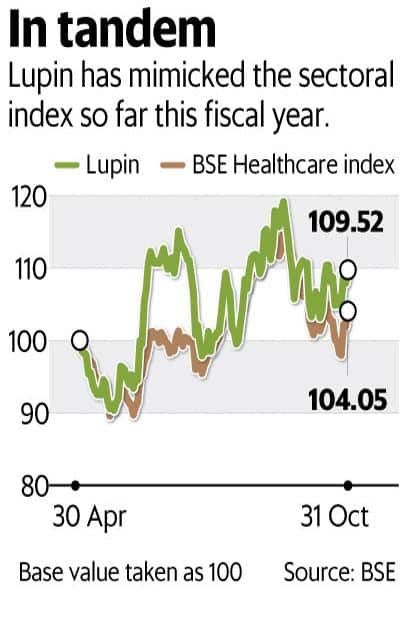 In India, sales disappointed by growing only 3.8% and this needs to be watched. Lupin said it was growing ahead of the market. There can be some periods when primary sales growth lags secondary (from retail store to consumer) growth. If growth remains slow in the December quarter too, it could become a concern.

While sales growth pointed to some stability on a sequential basis, the margin picture has not improved much. Ebitda (earnings before interest, tax, depreciation and amortization) margin rose by 24 basis points to 13.9% but is way below the 23.5% seen a year ago. One reason was that the rupee fall also led to higher expenses. Lupin also reported one-time costs of $12-13 million for the launch of Solosec. Increments contributed to higher employee costs.

The management expects higher revenue growth and the effect of cost-cutting measures to show up in the second half of FY19. This should then see revenue growth improve and margins also benefit. Both are crucial for its performance to improve. Meanwhile, the company is still attempting to resolve its plant-related compliance issues by the end of the fiscal year. That there are so many parts that have to fall in place for Lupin to do well, calls for some caution from investors.