Mumbai: Amid waning growth sentiment, limited partners (LPs) or investors in private equity (PE) funds are increasingly selling their Indian portfolios as they exit from funds that have not performed in line with expectations. 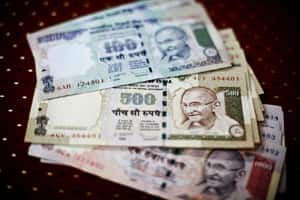 In April 2011, for instance, secondary fund Paul Capital invested in NewQuest Capital Partners, the Hong-Kong based PE firm spun off from the Asian PE business of Bank of America Merrill Lynch.

According to Coller Capital, one of the largest secondary funds in the world, small positions in the range of $5-10 million are being traded. “In the past, LPs sold their US and European portfolio and kept their Asian portfolio," said Hiro Mizuno, partner at Coller Capital.

The high valuations of Indian PE firms led LPs to expect strong growth, said Mizuno. Since those expectations have been disappointed, “investors are reviewing their Indian exposure and indeed some have already decided to sell portfolios".

According to industry experts, the returns that LPs expect from Indian PE have dropped to 15-18% from 22-25%.

Jason Sambanju, managing director, Paul Capital, said, “There has been a fair amount of interest among LPs to sell their Indian portfolio and it has picked up in the past 12 months."

He added that “the fact that India did well compared with other countries during the global financial crisis led to a rush of funds being allocated to India, but the underlying macroeconomic issues are now coming to a head".

So far, the evidence is mostly anecdotal, as there is no comprehensive data available on the trend as these private companies are not tracked.

The exit from the PE business by banks comes at a time when banks around the world are looking to sell their non-core businesses as they face regulatory challenges. A new US financial services rule restricts banks from engaging in proprietary trading and restricts their investments in hedge funds and PE.

For some secondary funds, the expected consolidation in the Indian PE space could trigger more opportunities for such deals.

Coller Capital, for instance, finds the current situation an opportunity to do direct secondaries.

“For general partners (or fund managers), who are unable to raise a second fund or whose investors force them to liquidate, we could offer the option of a direct secondaries purchase of their fund’s assets," Mizuno said. “We would then either retain the GP (general partner) to manage those assets or perhaps pool the assets of two GPs under a single manager."

Some 120 PE funds sought to raise approximately $34 billion in 2011, according to a report by Bain and Co. and the Indian Venture Capital Association released last year.

“In the next 12-18 months, we should start seeing portfolio-level deals," he said.

PE funds with four-five companies in one sector will look to sell those companies to one buyer.