Corporate earnings subdued; but IT shines

The Indian equity market is on a new lease of momentum based on strong inflows in domestic mutual funds, indicating a return of domestic investors, stated a report by Prabhudas Lilladher Pvt. Ltd, India Strategy and Top Ideas. However, passage of goods and services tax bill, land bill and labour reform bill in Parliament will be crucial in the near term.

Merchandise exports have been steadily declining since July 2014 and have been contracting in January-June 2015 period. Exports were at a monthly run rate of $22 billion, and given the slower global growth, headwinds may continue. But the current account deficit has been under control, thanks to a fall in oil prices.

In infrastructure, though new project orders are on the rise, bidding has been aggressive, which could lead to lower internal rate of return. In the first three months of the FY, contracts worth 30,000 crore for 2,500 km of roads were awarded. 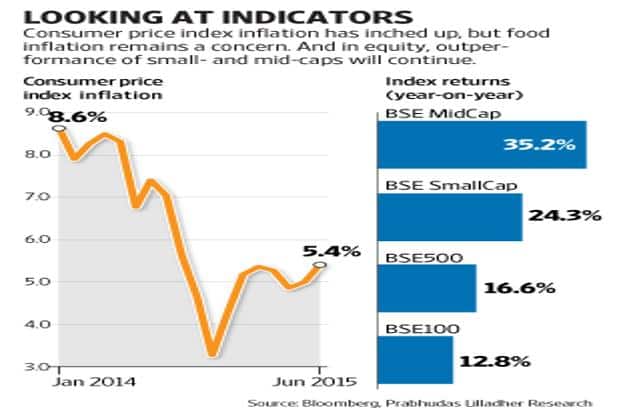 Factors such as lower commodity prices, possible rate increase by the US Federal Reserve, and weak export growth in India, are going to pose challenges. Among the BRIC (Brazil, Russia, India and China) nations, only India seems to be safe at this stage with both Brazil and Russia struggling to shrug off recession and the Chinese government trying to cool the economy. This emerging market malaise is likely to spread to other countries also. This will effectively leave the global economy looking to the developed world to lead growth.

For fast-moving consumer goods (FMCG) companies, growth in rural areas, which used to be higher than in urban areas, is slowing. A good southwest monsoon will be crucial for recovery in rural consumption.

The information technology (IT) sector had faced headwinds and performance of many companies was below expectations. Ahead of the April-June results, the sector was looked at with a negative bias. But with Infosys Ltd reporting better-than-expected results and its guidance beating expectations, the IT sector has emerged a star.

The first quarter performance of private sector banks was as expected. The shocks and volatility faced by public sector banks makes these at best trading options.

For the automobile sector, the outlook remains optimistic, especially in passenger cars and commercial vehicles till the festival season (October 2015).

In its 2 June bi-monthly monetary policy review, the Reserve Bank of India cut the repo rate under the Liquidity Adjustment Factor (LAF) by 25 basis points to 7.25%. One basis point is one-hundredth of a percentage point. While the wholesale price index (WPI) based inflation remained negative, consumer price index (CPI) inflation has inched up. This has widened the spread between WPI and CPI, and food inflation remains a concern.