Zee Entertainment Enterprises Ltd’s numbers for the March quarter are better than analysts’ estimates. For instance, total consolidated operating revenue increased 9% to ₹ 870 crore from a year earlier, which looks much better than the 8% decline posted in the December quarter. That’s also better than the revenue growth in the first half of FY12. 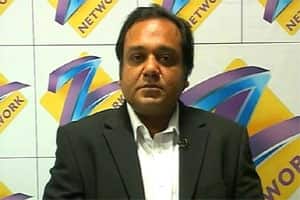 This revenue is for a nine-month period. However, analysts maintain that even after excluding that from revenue, the subscription performance is significant.

Net profit fell about 19% to ₹ 160 crore. While that doesn’t look encouraging, Bloomberg had estimated profit at ₹ 122 crore. Net profit was aided by strong other income growth and “negative" finance costs.

But the good news ends there. Higher investments in content and marketing have eaten into Zee’s operating profit margin. So much so that the March quarter operating margin is the lowest in comparison with the first three quarters of the last fiscal. Operating margin fell by 950 basis points in the March quarter over a year ago to 18.4%. A basis point is one-hundredth of a percentage point.

Operating margin in the December quarter stood at about 29%. Of course, costs relating to MediaPro are included in the March quarter expenses, but the firm hasn’t mentioned the exact quantum in the earnings release. That makes it difficult to get a fair picture.

Meanwhile, reported advertising revenue growth, too, was lacklustre. In the March quarter, ad revenue fell 12% year-on-year to ₹ 415 crore. Again, that’s the weakest compared with the first three quarters of the fiscal. According to Zee, last year’s ad revenue was higher due to higher sports revenue on account of cricket properties showcased in that quarter. So, to that extent, the ad revenue is not comparable year-on-year.

A pickup in ad revenue would be critical for the industry as a whole and Zee is no exception. On that front, the macroeconomic situation does not offer much comfort. Moreover, investors are unlikely to be too pleased with the company’s investment of ₹ 35 crore in an eight-seater Hawker aircraft.

A solace is the share buy-back plan, which is supporting the Zee stock.