Will hotel companies continue to suffer? The outlook for the two key drivers of the hospitality sector—inbound tourism and business travel—looks rather damp.

Foreign tourist arrivals (FTA) during November registered a meagre 4.7% growth over the year-ago period, which is half that registered in November 2010 over the previous comparable period. Besides, the monthly FTA data since April this year has not been encouraging, with year-on-year growth being largely in single digits. 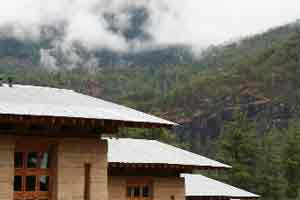 A file photo of resorts

FTA for 11 months of the current calendar year, too, was around 9% higher than a year ago, down from about 12% growth in the previous comparable period. Meanwhile, inflationary pressures in the country and the squeeze in corporate profitability could moderate business travel.

Both these factors do not augur well for hotels, which are yet to recover from the 2008-09 recession. Capacity addition by most hotel chains then saw fixed costs balloon, while the average occupancy rate is well under 80%.

So far, in the current fiscal, performance has been a mixed bag, with no clear trend visible. Properties in Mumbai have fared better than other metros, where oversupply is arresting increase in room rates.

Shares of luxury hotel firms like Hotel Leelaventure Ltd, EIH Ltd and Indian Hotels Co. Ltd have been volatile due to poor recovery in the sector and profitability. Although operating profit during the September quarter expanded significantly on a low base of the year-ago period, operating profit margins were still around half the peak levels of fiscal 2007-08. The problem was compounded by high interest and depreciation costs for most of the companies.

Yet, since the June and September quarters are typically off-season for inbound tourism, hopes are pegged on the current quarter. Analysts have been waiting for a sustained improvement in average room rates (ARRs). A 10-12% increase by January would be comforting, though some hospitality company managements reported a 5% hike in October.

But analysts are unsure of a firm uptick in ARRs, given the global slowdown and slackening growth in tourism. Considering this environment, hotel firms seem unlikely to inspire investor confidence in the near term.