What should DSP BlackRock investors do?

DSP BlackRock Investment Managers Ltd, the ninth largest fund house with assets of around Rs86,000 crore is facing high attrition, with Anup Maheshwari, chief investment officer-equities, on his way out and no less than 40-45 of work staff leaving the fund house in the last financial year, said three people with direct knowledge of the matter.

In an email response, a spokesperson for DSP BlackRock, however, denied Maheshwari’s exit. “Anup is very much with us. He continues to be the CIO- Equities," said the fund house’s official communication to Mint on Sunday.

If Maheshwari indeed leaves the fund house, will the move affect investors of its schemes? 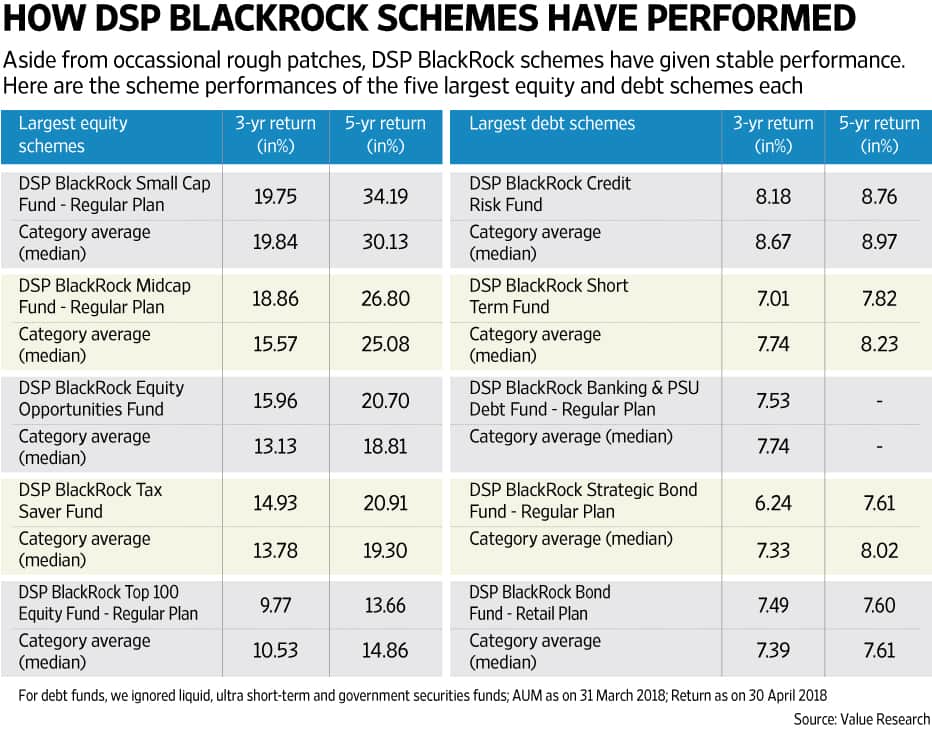 “Maheshwari put in his papers last week. The reason why the fund house is denying his exit is because they are trying to retain him," said the first of the three people quoted above, declining to be named.

“His resignation is final," said the second person quoted above, who too didn’t want to be named. Calls and messages on Maheshwari’s mobile phone did not elicit a response.

The fund house in the past one year and specifically in past three months has seen a number of other exits.

“Nearly 30-40 sales team members have quit in the last year alone, among them key officials who spent close to 10 years. The erstwhile head of east and south sales, the erstwhile head of institutional sales and the head of business alliances have also left the fund house," said the second person quoted above.

“Approximately 40 people across functions have moved on in the last 12 months. This works out to less than 8% attrition," said the spokesperson for DSP BlackRock, in an emailed response.

What’s behind the exits?

According to the third person quoted above, the attrition at DSP BlackRock has been due to a “culture change".

“There has been a cultural shift such as tightening of performance metrics that has impacted the way employees get compensated and partly because of emergence of new opportunities elsewhere," he said, on the condition of anonymity.

A top industry official close to the developments, requesting anonymity, said after Parekh took over the reins of the fund house, sales teams across India were asked to showcase “numbers" (read performance) in terms of inflows. “DSP BlackRock has been known as a fund house to reward its sales teams well. That has now been ‘revised’, ‘reengineered’, ‘brought to industry standards’… in a growing phase, it is unfortunate if rewards are not commensurate to the efforts we put in," he said.

Parekh rebutted. “Our compensation is in line with industry standards. With Sebi’s regulations on compensation on making disclosures for senior management public, it gives us a good framework of how talent is priced in the market and we are very objective about it. That said, our compensation policies have been consistent and we have always focused on merit, being result-oriented and being in line with the market," he said.

A former employee of the fund house, who quit in the last one year told us, requesting anonymity: “DSP BlackRock has stayed away from unnecessary mutual fund launches over all these years. And it still does. Their product suite is limited. They had closed the micro-cap fund (now called DSP BlackRock Small Cap Fund) in early 2017 when the fund size became large. But somewhere there is disconnect as to what the sales staff can do and what the management’s expectations are."

Parekh says: “Markets have been rewarding to the entire industry in the last two years with mutual funds becoming a dominant investment vehicle. Our expectation reflects market reality and opportunities at all points in time. Our expectations have been extremely fair and they do justice to the brand and credibility that we have built over two decades."

“While Naganath was an investments person, Kalpen has a sales background. The latter is known to run a tight ship," added the distributor quoted above. “Such turn typically happens when there is a change of guard. With new leadership come new thought processes. DSP BlackRock is now focusing on improving sales/ distribution which is an area that it could improve on," said an industry observer.

With the Indian mutual funds industry set for exponential growth amid rising inflows, fund houses will want a pie of the investor’s wallet. But with industry’s growth, it’s only natural that the demand for the talent pool will also grow.

Managers and CIOs leaving fund houses is nothing new. The question is how much will such a move impact investors. “All processes and systems at DSP BlackRock are in place.Uncertainty definitely disturbs investors, especially in volatile markets, though it may have nil or minimum impact. But I don’t think it will impact investors at DSP BlackRock much. Promoter background is also good," said Deepak Chhabria, chief executive officer and director, Axiom Financial Services Ltd.

“Anup has been a stabilizing factor at the fund house and the fund house is in a much better shape now than what it was four years ago. If he indeed leaves, he will leave the fund house in very good shape," said Shyam Sekhar, founder, ithought, a Chennai-based MF advisory firm.

Our recommendation: Stay invested for now.