Bangalore: In 2007, Canaan Partners had invested an undisclosed sum at techTribe Networks Inc., a software firm that helps professionals connect with each other. This year the venture capital (VC) firm wrote off that investment after its business model failed to turn out as expected. 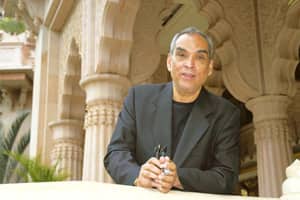 Although Mishra now plans to launch a start-up of his own in the Internet advertising space, Sequoia stays invested in Guruji.com, which is being run by co-founder and chief executive Anurag Dod.

As the effects of the financial slowdown begin to hurt start-ups in India, VC investors and other backers are beginning to write off investments and entrepreneurs are moving on to start new businesses.

Agarwal says techTribe’s business model didn’t prove out as far as scalability was concerned. “We realized the model didn’t scale with technology, and it didn’t make sense to scale it with people only. We were successful to an extent, but not to a level where it could scale to a large company," he says, adding that it was a great concept, but the model in real life proved otherwise.

Guruji.com’s Mishra, who says his departure was partly rooted in personal reasons, admits that there were also certain interesting business opportunities that appealed to him. “I am working on something in the space of Internet advertising and looking at a global value proposition," he says. Mishra is currently validating the business idea.

The first half of this year also has investors such as Canaan Partners and Rediff.com writing off investments for the first time in India. Canaan Partners’ general partner Alok Mittal says a write-off doesn’t indicate there was anything wrong in the way the investee firm was being run. “The firm’s business model did not turn out the way we had expected at the concept level," says he.

Mittal says taking risks is the very nature of VC business and most people realize that one-third of their investments will not make any money. The limited partners, or investors in VC firms, are aware that some investments will generate profit, some loss; all that is needed is that the gains cover the losses, he says.

Still, some firms turn out to be casualties because they need capital to cover losses in early days of a company’s life. As risk-averse investors hold back on money, these firms may fall short of working capital, say VC managers.

On Vakow, Rediff said it liked the idea, but the founders expected it to grow faster than the market would permit it to. “It’s an investment which has not gone where all of us thought it would," said Balakrishnan, adding that as the Vakow founders decided to separate ways, Rediff lost interest in the firm.

Investors see a bright lining to what would otherwise be a bleak experience. A lot can be learnt from such examples in times of an economic downturn. Both Rediff and Canaan Partners separately said they will stay away from investing in firms that have a similar business concept and model as the ones that they have written off investments in.