While GSK may be keen to sell, the asking price could be a stumbling block

In hindsight, it may be for the best. A single product consumer firm has it tough but it gets tougher when it’s housed in a company with multiple and bigger priorities. GlaxoSmithKline Plc (GSK) intends to divest—calling it a strategic review—its Horlicks and other nutrition products business, most of which it earns in India through its listed subsidiary GSK Consumer Healthcare Ltd. GSK will focus on pharmaceuticals and in consumer healthcare, it will focus on over-the-counter products and oral care.

GSK’s nutrition revenue was £550 million in 2017 or Rs5,050 crore. GSK Consumer’s revenues contributed to 85% of this amount, based on its quarterly results.

GSK expects to conclude the review by end-2018. That may culminate in a sale of the entire business, which apart from India is present in other markets such as the UK and Asia. A sale would trigger an open offer for GSK Consumer, which is welcome. 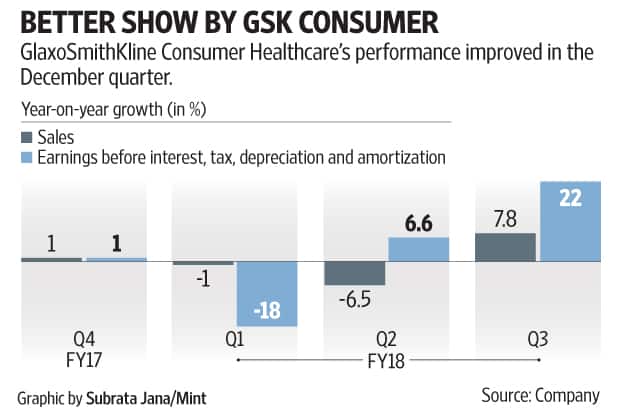 Since GSK Consumer is the heavyweight in the business, its valuation will play a material role. As of Wednesday, it traded at a market capitalization of Rs28,000 crore, valuing it at a price-to-sales of 6.5 times. At that level, the entire Horlicks business should sell for a valuation of £3.6 billion or thereabouts. That’s expensive but foreign-owned packaged consumer goods’ shares do trade at relatively high valuations in India.

In India, Horlicks has a 44.1% market share but the malt-based food drinks market growth has been slowing. Recent years have also seen demonetization and the goods and services tax roll-out hit business. The December quarter saw growth recover and if that continues, it will be handy while negotiating a sale price.

GSK Consumer still gets four-fifths of its domestic revenue from the south and east markets, nearly the same as four years ago. It has also experimented with extending the brand to variants such as for women, children and now protein drinks. While Horlicks is a premium product, the sachet route has been used to reach a wider market.

A new owner could look at the business differently. At 19.7% in the December quarter, GSK Consumer’s profitability is nearly at the level of profitability that parent GSK wants for its residual consumer healthcare business by 2020. An acquirer can push for higher growth, even if it means lower profitability.

Private equity funds have the capital required to fund this acquisition. ITC Ltd is one of the few Indian-owned companies that could fund this acquisition, as an addition to its foods business. But it would still pose a strain. Foreign-owned consumer goods firms are more obvious candidates, as are pharmaceutical companies with a significant presence in nutrition.

While GSK may be keen to sell, the asking price could be a stumbling block. And, if the realized valuation is lower relative to GSK Consumer’s valuation, it could disappoint GSK Consumer’s investors. On Thursday, GSK Consumer’s shares were down by 8.4%. There is one unknown here that could affect how much minority shareholders get. If the parent gets paid separately for the rights to use the brands that belong to it, and there is also a non-compete fee, then a lesser amount may accrue to minority shareholders. That would disappoint them.