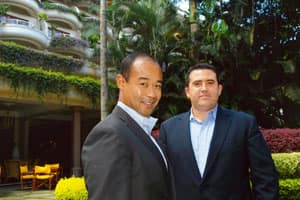 Corporate VC involves a large company investing in businesses that help extend the reach of its products and services. Cisco, like other international tech majors Intel Corp., International Business Machines Corp. and Google Inc., invests in such start-ups.

In a cash-squeezed market, funders with deep pockets will plunge ahead with deals, Charles Carmel, Cisco’s vice-president of corporate development for strategy, acquisitions and investments, said. “We have one of the healthiest balance sheets with $26 billion (Rs1.23 trillion) in cash. So we have the capacity to be plenty more aggressive in a more challenging environment," he said.

The value of VC and private equity deals has fallen 28% year-on-year in the July-September quarter to $3 billion from $4.2 billion in the year-ago period, according to data from deal tracking firm Venture Intelligence.

Among corporate VCs active in India, Intel Capital is the most active, investing out of a dedicated $250 million India fund. Cisco is the only other company to set aside a dedicated amount for venture investing here.

Others such as Siemens AG invest out of balance sheet, and Google invests indirectly through other early-stage VC funds such as Seedfund and Ventureast.

Cisco invests both directly and indirectly in India. Hilton Romanski, its vice-president for corporate development, said the firm usually partners with “high-quality venture capital firms to understand a market and once that is done, invests directly". Cisco, for instance, has partnered with Softbank Asia Infrastructure Fund, which also invests in India.

Carmel and Romanski are visiting India.

In October 2005, John Chambers, chief executive of Cisco, announced that of the $1.1 billion it intends to invest in India over the three years, $100 million would be for investing in Indian start-ups. In November 2007, Chambers added another $100 million to the funds focused on India.

On Monday, Romanski said Cisco has invested $80 million in nine different companies including Nimbus Communications Ltd, Satyam Global Lifenet, Indiagames Ltd, Bharati Telesoft Ltd and Servion Global Solutions, and is on the lookout for other investments.

Cisco is focusing on three areas for its future investments: video technologies, so-called collaboration software and what is called virtualization of data centres. Collaboration involves technologies that allow multiple users work on a task together and often automatically.

Virtualization refers to the technology that allows multiple operating systems and applications to run on the same hardware, thereby eliminating the need for different computers to run on different servers.

“Apart from these, there might be specific areas of technology which might be relevant to the Indian market, in which we would be interested," said Carmel.

An expert said Cisco’s tradition of growing through mergers and acquisitions would help it in the current downturn. “They have the know-how to do it," said Saurabh Srivastava, chairman of the Indian Venture Capital and Private Equity Association, an industry body. “...now, there are very good deals at very good values. Companies that are constrained on their growth, will be looking at strategic partners, and smart corporate venture funds should and will act on it."

Sanat Vallikappen and Namitha Jagadeesh contributed to this story.