Mumbai: The proposed delisting plan of AstraZeneca Pharma India Ltd has run into more trouble. Two minority shareholders have moved the Bombay high court against the proposal after the market regulator found alleged “collaboration" between its Swedish parent AstraZeneca Pharmaceuticals AB and the Elliott group of investors in its offer for sale (OFS) last year.

Satish Bhatt and Pankaj Bhatt have held 60,000 shares and 18,000 shares, respectively, for the last eight years.

“The delisting process should be stopped as Sebi has found that the FIIs (foreign institutional investors) who have picked up shares through OFS have struck a deal with the promoter. This OFS will hinder the price discovery mechanism for delisting of shares and the minority shareholders clearly stand to lose," said Satish Bhatt. AstraZeneca said in a statement: “We are responding to the petition in accordance with our rights and obligations under the Indian judicial process." 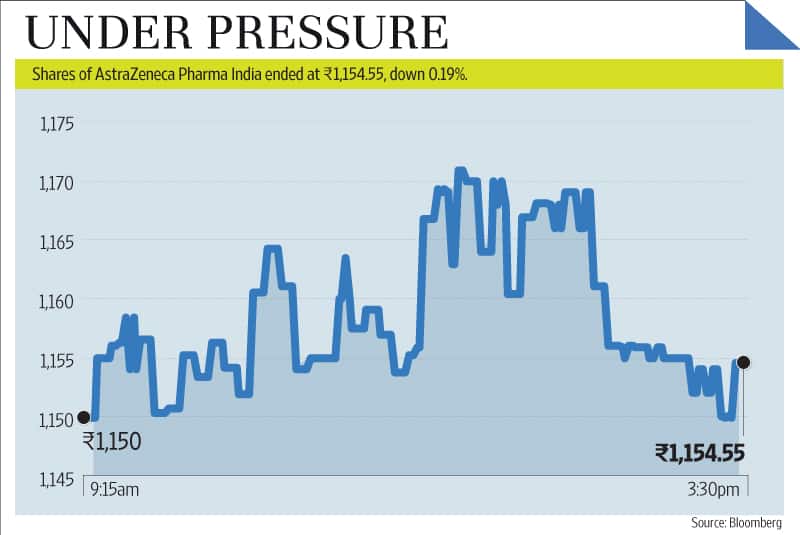 On 24 June, the Securities and Exchange Board of India (Sebi) directed the stock exchanges to monitor the delisting process of AstraZeneca Pharma India and allow final delisting only after ensuring that the process has been fair and transparent.

According to an investigation conducted by Sebi, the Elliott group of investors subscribed to 94.02% of the shares offered by AstraZeneca Pharma India through the OFS.

The Sebi probe revealed that the OFS, which was subscribed 2.84 times, saw 94.02% of the shares being subscribed by six foreign institutional investors or sub-accounts.

“...it was prima facie observed that all these end subscribers (participatory note holder and sub-accounts) are related, (hereinafter collectively referred to as the ‘Elliott group’)," said the Sebi order.

After the OFS, the Elliott group purchased 354,000 more shares in AstraZeneca Pharma India through open market transactions, taking its stake to 15.52% as of 31 March 2014.

Thereafter, as per the Sebi probe, a special resolution on the delisting of AstraZeneca Pharma India was approved by the shareholders with the entire Elliott group voting in favour of the proposal.

“The above mentioned facts and circumstances... raise suspicion that Elliott group might be working in collaboration/concert with the promoters of AZP AB, to facilitate the delisting of Astrazeneca Pharma India Ltd," said the Sebi order.

On Monday, senior counsel Ravi Kadam, who is representing Satish and Pankaj Bhatt, asked the court to stay the delisting process till the plea is heard. Janak Dwarkadas, legal counsel of AstraZeneca Pharma India, said the parent firm had not received any notice from the petitioners on the case. The high court will now hear the case on 24 July.

Experts are not surprised by the legal challenge to the delisting proposal.

“This is on expected lines as the process for delisting as laid down by the law has not been followed in spirit in this case," said J.N. Gupta, founder of Stakeholders Empowerment Services, a proxy advisory firm.

Gupta said that much before the OFS, there was a proposal by the Swedish parent to give ₹ 120 crore in non-interest bearing and non-refundable loans to the Indian arm. According to him this was a clear indication that the parent company intended to delist the Indian arm, as any company will not extend such a loan if it does not own 100% of equity in the entity to which the loan is extended.

“Legally speaking, one cannot force a company to remain listed. So, if a company has followed the procedures as laid down by the law for delisting, it can be delisted. But, the question arises whether the law has been followed both in letter and in spirit," said Gupta.