Another year of rough weather likely for the shipping sector

Another year of rough weather likely for the shipping sector

It has been rough sailing for Indian shipping companies this year. Consider this: state-run The Shipping Corporation of India Ltd (SCI) has posted losses for the first three quarters of 2011 with losses widening sharply in the September quarter on account of a notional forex loss. Analysts expect SCI to post a loss in the year to 31 March. 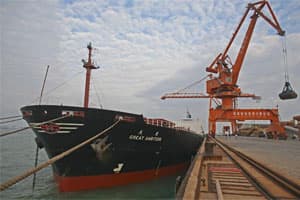 But, note that the company’s overall performance was also helped by its offshore business performance. Stocks of both the companies have underperformed the BSE-200 Index of BSE Ltd in this calendar year, although GE Shipping’s shares have fared comparatively better than that of SCI’s.

Investors, who are hoping that the new year may bring some cheer for the shipping sector, are in for some disappointment. The operating environment for shipping companies is expected to remain bleak in 2012 as well.

The core issue with the shipping business for some time now has been that freight rates have been under pressure because of an oversupply of vessels. A recent note from Antique Stock Broking Ltd maintains that the VLCC (very large crude carrier) rates are about 55% lower than average earnings of $40,000 per day, while the dry bulk index is about 54% lower than the average of 3,995, prevailing between 2004 and 2011.

Sure, the Baltic Dry Index (BDI) and the Baltic Dirty Tanker Index are at higher levels at the end of 2011 compared with the beginning of the year. But the BDI, which tracks transport costs on international trade routes for dry bulk commodities such as coal and iron ore, has declined 20% from its highs in October.

Similarly, the Baltic Dirty Tanker Index, which tracks international crude oil transportation rates, has declined by about 13% from its highs in March.

“The demand for shipping tonnage is expected to grow in single digit (6-9%) compared to net addition of supply in range of 10-14% per annum over the next two years," points out the Antique report. This means that investor sentiment would continue to lack lustre in the next year.