Thanks for Visiting Mint
You seem to have an Ad Blocker on. Please turn it off in order to continue, or whitelist Mint
HOW TO TURN OFF AD BLOCKER
OR
REFRESH IF YOU ALREADY TURNED OFF THE AD BLOCKER
Home >Market >Mark-to-market >Will aggressive bidding hurt returns on road projects?

As these orders get executed, it could narrow the profit margins of the developer

This has been a year of positives for the roads sector. Besides regulatory changes to aid the sector and resolve stressed projects, the largesse of fresh orders tendered out in the last six months has led to a swelling order book for firms in road construction. These orders would assure visibility of the revenue stream for the next two to three years.

Sure, this is good news. But, the flip side is that, in the race to grab orders after the prolonged lull in infrastructure activity, firms have bid at aggressively low rates. A look at some of the orders tendered out shows that leading firms even in the listed universe like Larsen & Toubro Ltd, Dilip Buildcon Ltd, KNR Constructions Ltd, Sadbhav Infrastructure Project Ltd, Ramky Infrastructure Ltd and Gayatri Projects Ltd are some of the names in the fray. 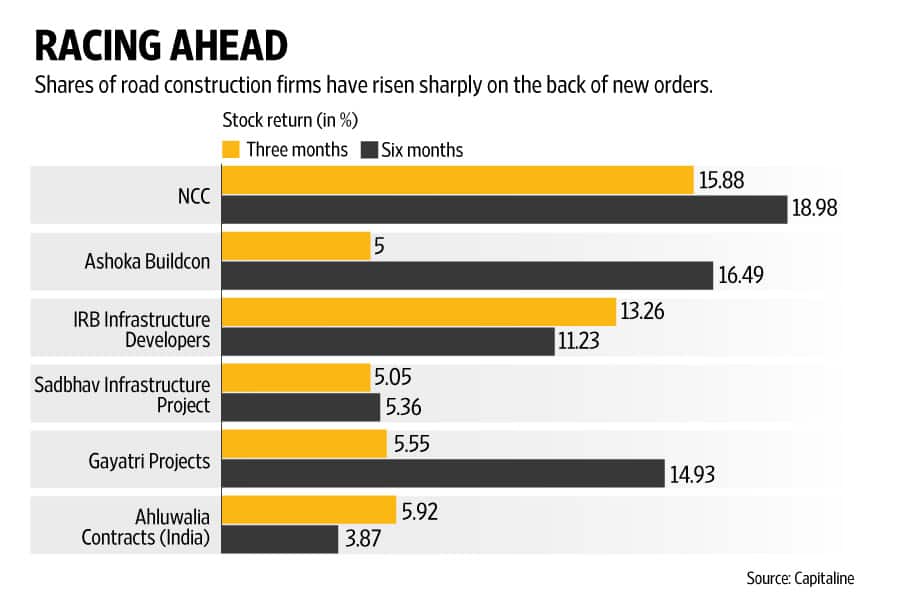 What’s more, the bids are anywhere between 15-35% below the total estimated project cost. The trend is more pronounced in EPC (engineering, procurement and construction) projects. Even in the hybrid annuity model (HAM), where the National Highways Authority of India chips in financially with up to 40% of the project cost, bids have been at a discount.

Obviously, as these orders get executed, it could narrow the profit margins of the developer. Meanwhile, the recent IND-AS accounting norms require higher provisioning in case of delayed payments. This hits firms at the operating profit level. Actually, firms had just trimmed costs through the downturn a few years back that helped survive business downturns. So, they were able to maintain average operating margin at a stable 21-24% in the last six quarters (top 6 mid-sized firms).

Will history repeat itself? Recall that after a cycle of aggressive bidding between FY2009 and 2012, albeit under the Build-Operate-Transfer (BOT) model, the entire roads sector took a tailspin. Low margins on projects, highly leveraged balance sheets and weak capital markets that hindered firms from raising capital, jeopardized construction firms that finally sank under their own weight.

At present, there’s frenzied activity, with nearly 9-10 bidders per project in EPC and HAM projects. A note by ICRA Ltd observes that some EPC contracts were awarded for as low as 62-75% of NHAI’s base price during the last two years. “Such aggression could lead to losses/stretched liquidity of developers and thereby impacting the pace of execution," adds the note.

One positive is that clearances and regulations are more in place now, after the debacle seen in the last round of awards.

Yet, from an investor standpoint, it pays to tread with caution as the stocks in this sector have already raced ahead on news of fresh orders in the last six months. It’s now time to evaluate how execution and returns on these projects pan out for the construction firms.