Home >Money >Managing the good, the bad and the ugly in private equity

Managing the good, the bad and the ugly in private equity

Managing the good, the bad and the ugly in private equity

Mumbai: A conversation with Luis Miranda on the state of the private equity (PE) world brings out strands of Sergio Leone’s Western movie classic, The Good, the Bad and the Ugly.

“Where we are today is that we have some good, a little bit of bad and a tad of ugly," says president and chief executive officer of IDFC Private Equity Co. Ltd (IDFC PE), the infrastructure fund promoted by Infrastructure Development Finance Co. Ltd, talking about his portfolio and funds under management. 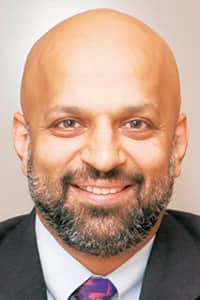 Quippo Telecom Infrastructure Ltd (QTIL), Srei Group’s telecom tower business which merged with that of Tata Teleservices Ltd, was one such investment from which IDFC PE partially exited. The fund’s original investment was in Quippo Infrastructure Equipment Ltd, an equipment rental firm that serviced construction, oil and gas, telecom and energy businesses, which was later swapped into QTIL, its telecom unit. Miranda declined to name the second firm his fund exited.

The bad part is that IDFC PE had thought it would have eight exits in 2008, but saw none. As a result, the number of companies in its portfolio is relatively large at 23. “So we have to manage all of that, and we’re spending a lot of our time on that," says Miranda.

And the ugly part is that there are a couple of companies in the fund’s portfolio that are under stress, either because their business model is changing due to the current environment or they need cash and can’t raise it.

From an investment point of view, Miranda says the multiples at which his fund invested are unlikely to come back. “We’re trying to work out ways in which we can retrieve value in those (companies), but that’s going to be tough," he says, without naming the companies.

Does that mean IDFC PE will write off some investments completely? No, says Miranda. “But if the question is, could we have a loss on any of our investments? Possible."

Still, Miranda can count himself among the few PE fund managers who can even now call investors or limited partners (LPs) for fresh funding. “None of our LPs have told us to slow down. All they’re saying is to be cautious. We’ve never had problems when we made capital calls to our LPs recently," he says.

The third investment from the $700 million fund is just round the corner. This will go into Green Infra Ltd, a company focused on building a portfolio of clean energy assets and is almost 100% owned by IDFC PE.

Today, “the situation (of) six months back, when there was global doom and gloom, is turning around gradually", says Miranda. There remains a strong interest in emerging markets and India continues to be a part of that allocation.

“The comfort for the investor comes from how well you communicate with them on the good, the bad and the ugly. It’s like any other relationship. People don’t like surprises."