Since g-secs are the most liquid of all instruments in the debt market, g-sec funds carry no credit risk as the GoI is the borrower

You’ve heard of sector funds in the equity funds space. In the debt funds space, the closest thing to sector funds are those that invest solely in government securities. These are more popularly known as g-sec or gilt funds. However, unlike sector funds, gilt funds benefit from concentration. 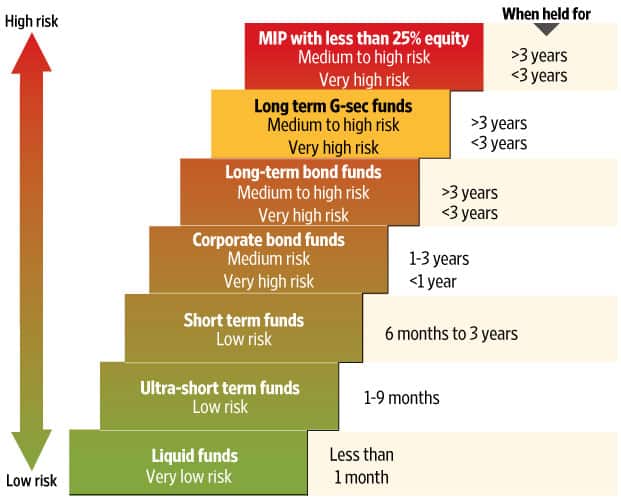 Corporations need money for their day-to-day requirements, and therefore borrow from lenders such as banks, mutual funds and insurance companies. Similarly, when the Government of India needs money, it borrows through its banker, the Reserve Bank of India (RBI).

The RBI, in-turn, takes money from the lenders like banks, insurance companies and mutual funds; and passes it on to the government, and issues g-secs in return.

These g-secs have a specific tenure, at the end of which lenders give back the g-secs and take their money back. Many types of debt funds invest in g-secs but g-sec funds invest only in g-secs. Although debt funds were introduced to the Indian mutual funds industry in 1994, Kotak Mahindra Asset Management Co. Ltd launched India’s first gilt fund in December 1998.

Since g-secs are the most liquid of all instruments in the debt market, g-sec funds carry no credit risk because the Government of India is the borrower. Since the government typically doesn’t default unlike a corporate, gilt funds don’t carry a credit risk.

That is also why government securities are sovereign rated. That’s as good as—or considered to be better than—a AAA rating.

Does that mean g-sec funds carry no risk? No. They carry interest rate risk. Typically, g-sec funds invest in securities that mature over a long period of time. As a debt security’s maturity goes up, it becomes more sensitive to interest rate movements.

Typically, a g-sec fund’s average maturity is higher than the fund house’s own bond fund that invests a part of its portfolio in gilts. In fact, for a bond fund manager, the easiest way to increase a bond fund’s maturity is by buying gilts. Hence, gilt funds are usually more volatile than bond funds.

If you understand debt markets well, then gilt funds are for you. If you expect interest rates to fall, then a small exposure to gilt funds is a good idea because, typically, these funds move the most of all debt funds when interest rate move. Remember: in such times, you make money only when you actually withdraw your money and encash.