New Delhi: The World Bank on Monday said the government’s November decision to withdraw high-value currency notes may have a disproportionately high impact on the poor and vulnerable while its decision to implement the goods and services tax (GST) will be equitable without any negative impact on the poor.

“Demonetization affected poor and vulnerable households, in all likelihood having an impact on construction and informal retail, where many poor and vulnerable individuals work. While limited data is available, there has been an increase in demand for guaranteed employment, and indicators of rural consumption contracted sharply in November, before recovering," the multilateral lending agency said in its India Development Update released on Monday.

Although the informal economy may account for only 40% of GDP, it employs 90% of India’s workers, and the disproportionate impact of demonetisation on India’s informal sector suggests that it would have affected those workers the most. The poor and vulnerable are more likely to work in informal sectors (farming, small retail, and construction), and less able to move to non-cash payments," the World Bank said.

However, it said if the government takes complementary measures, in the long-term, demonetization has the potential to accelerate formalization of the economy, increase tax collection and allow greater digital financial inclusion.

The Bank has projected economic activity to accelerate to 7.2% in 2017-18 against the government’s estimate of 7.1%. The Central Statistics Office will release the revised GDP estimate for 2017-18 on Wednesday, including the new industrial production and wholesale price inflation series data. 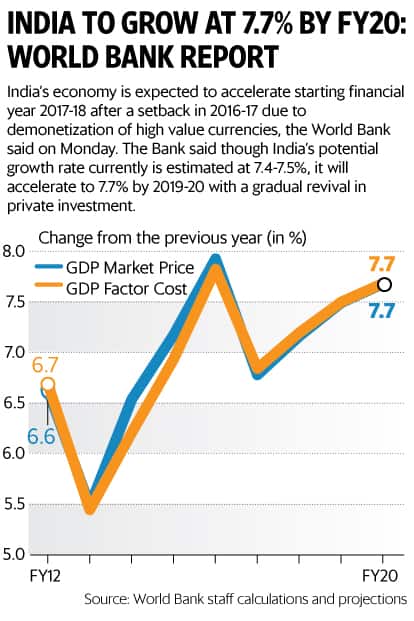 In later years, growth is projected to accelerate gradually to 7.7% by FY20, underpinned by a more meaningful recovery in private investment following the recent push to accelerate infrastructure spending, concerted efforts to improve the business climate and (eventually) less leveraged corporate and financial balance sheets “crowd in" the private sector, the Bank said. 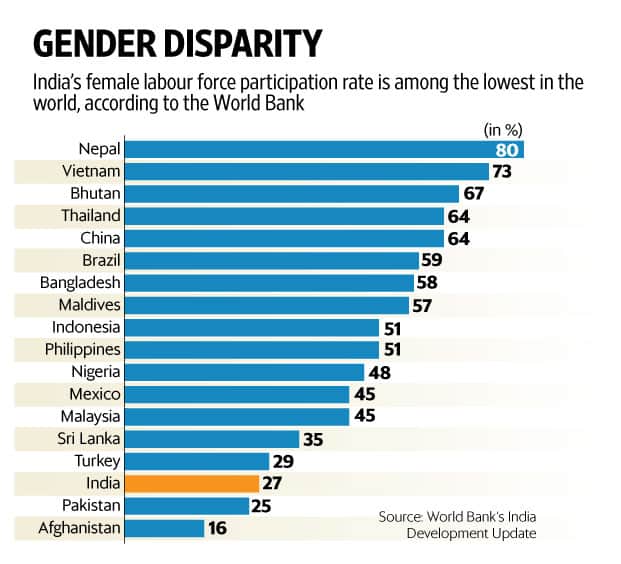 The Bank said the implementation of a multi-tier GST starting 1 July will play an important role in transforming the Indian economy and lead to substantial economic gains.

“The fact that India can achieve a major reform of indirect taxes without increasing the burden on the poor is in itself an achievement. Adding to this, the efficiency gains that the tax will achieve and the fact that the information generated through the GST on spending patterns will facilitate enforcement of personal and corporate income taxes, the impact of the GST introduction on equity and poverty should be positive," it said.