Home / Opinion / Online-views /  Will a hike in expense ratio matter to you?
Back
Share Via

Will a hike in expense ratio matter to you?

Will a hike in expense ratio matter to you?

Last week, officials from the ₹ 6.92 trillion Indian mutual funds (MFs) industry met the ministry of finance officials to suggest steps that they feel need to be taken to revive interest among distributors and also, perhaps, investors. The officials included chiefs of the top 10 fund houses, the Association of Mutual Funds of India (Amfi, the MF industry’s trade body), the whole-time member of the Securities and Exchange Board of India (Sebi) and one distributor association and the Foundation of Independent Financial Advisors (FIFA). 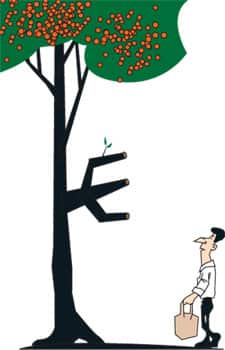 Amfi’s immediate plan is a three-pronged strategy: to increase the TER, get funds to credit exit load collections back to the scheme’s net asset value (NAV) and allow fungibility in the way expenses are accounted for, within the overall limit of TER.

At present, equity funds can charge a maximum of 2.5% as TER every year. Your scheme’s NAV comes down to that extent. As per Sebi’s MF regulations, the first ₹ 100 crore of your equity scheme’s net assets get charged 2.5%, next ₹ 300 crore 2.25%, next ₹ 300 crore 2% and the rest 1.75%. Debt funds get charged similarly, but the charges are 25 basis points (bps) lower in all these slabs. Amfi wants TER to go up by about 25 bps (100 bps is equal to one percentage point). If Amfi’s proposals are accepted, then your equity fund will be allowed to charge up to about 2.75% of its assets. Say of 2.5% or 250 bps TER that an equity funds charges, it charges 100 bps as AMC fees. Add another 10 bps it pays to its registrar and transfer agents, 3 bps to custodians, 1 bps to trustees, 80 bps to distributors as their commission, and 20 bps as its other operational expenses, it is still left with about 36 bps worth of money. The last is the residue amount left under “expenses" that the scheme has a right to charge.

At present, fund houses write this amount back to the fund’s NAV (the NAV goes up to that extent), but most typically spend this money on advertisements. “That is why, typically, at the end of the year just as we are closing our books of accounts, you will notice a lot of outdoor advertisements or hoardings by fund houses. That’s actually the residue money that fund houses are left with and they have to spend before the accounting year comes to an end," says Ajit Menon, head of sales and marketing, DSP BlackRock Investment Managers Ltd. Even if they want to, they cannot pocket this amount since they have already charged the full 1% allowed under AMC fees.

Fungibility will allow fund houses to take this residue amount and show it as its own income, even if that means that AMC fees goes beyond 1%. In other words, the internal sub-limits will go; whatever extra fund houses are left with can be shown as their own income. “It rationalizes the costs. First, AMCs were more careful only for the 1% AMC fees because that was meant for its own income. The rest of the money it anyway had to spend. If fungibility is allowed, then fund houses would be prudent for the whole of 2.5% TER," says Karan Datta, national sales head, Axis Asset Management Co. Ltd.

The other part of this puzzle is the commission that MFs pay to agents. Most distributors get paid an upfront, besides a trail commission. Since entry loads (upfront costs of up to 2.25% that AMCs used to collect from you, the investor, at the time of investment and were eventually passed on to agents as their commission) were banned from 2009, fund houses started paying upfront charges out of their own pockets to compensate distributors. In other words, upfront charges come from the AMC fees. Further, agents get paid a trail commission; this comes from TER after an AMC deducts AMC fees. A higher TER would also result in higher trail fees for agents.

Amfi—and apparently many top fund houses—wants to stop this. One of the proposals that the industry put forth to the ministry in last week’s meeting was to allow fund houses to add the exit load collections to the scheme’s NAV. The NAV goes up and existing investors benefit. “After all, what is the point of paying an exit load? Those investors who leave the scheme early should not do so at the cost of existing investors. The former, should therefore, compensate the latter," says chief executive officer of a fund house who did not want to be named. In volatile or falling markets, if there is a rush on redemptions, fund managers can be forced to sell their most liquid securities to meet redemptions. Those leaving the fund get their money back, but existing investors get stuck with lemons in their portfolio.

Datta however adds that if the industry’s other proposals such as separate share classes and payment through a single cheque (as against multiple cheques presently) are accepted, distributors will be able to “better charge upfront fees directly from the customers".

Not much if you invest in equity funds. In a study conducted by Mint Money, equity funds with a corpus size of at least ₹ 500 crore (large-sized funds have lower expense ratios and vice-versa) marginally outperformed smaller funds (with assets of up to ₹ 500 crore) over the past three-, five- and seven-year time periods. There were exceptions though. Schemes such as Quantum Long Term Equity Fund (QLTEF; ₹ 104.34 crore of corpus) and Mirae Asset India Opportunities Fund ( ₹ 235.03 crore of corpus) have bucked this trend and have given good returns despite being small schemes. Note that QLTEF, a part from Quantum Asset Management Co. Ltd, does not pay distributor commission as it works on a unique model. But few other small-sized schemes have managed to outperform. An increase of 25 bps in TER is also, therefore, not such a big deal if Sebi approves that, says Sundeep Sikka, chief executive officer, Reliance Capital Asset Management Ltd and one of the officials present at last week’s meeting. “This is more for survival, not growth. Much has changed since 1996 when Sebi had issued MF regulations. Costs have gone up; there is a charge to register an investor’s systematic investment plan’s electronic clearing service, there is a cost we pay to the registrar every time an investor registers for know-your-customer norms and so on," adds Sikka.

With talks between Amfi and Sebi already under way, the industry is hoping for some leeway. How much Sebi obliges remains to be seen. We’ll keep you posted.