Telecom under pressure due to regulatory issues, falling rupee

Telecom under pressure due to regulatory issues, falling rupee 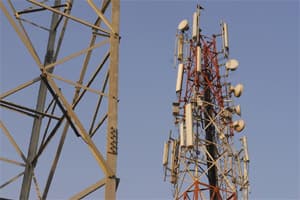 One-time charge for spectrum above 6.2MHz: The commission unanimously favoured a levy of one-time charge for the companies/operators holding spectrum of over 6.2 megahertz (MHz). Though the method and quantum of pricing have not been decided yet, the commission is in favour of pricing excess spectrum. As per the recommendations of the Telecom Regulatory Authority of India (Trai), the primary benchmark for pricing excess spectrum should be spectrum auctions. If spectrum auctions are not executed within 12 months of the final decision on the policy, the prices specified by Trai should be considered. Based on the pricing proposed by Trai, Bharti Airtel Ltd will have to shell out ₹ 4,257 crore as a one-time fee, leading to an impact of ₹ 11 per share.

Uniform licence fee of 8%: The commission has also agreed that the annual revenue share should be fixed at a uniform 8% for all telecommunications companies. Currently, the revenue share varies based on a number of factors such as service and region. Thus this proposal, if made part of the new telecom policy, would be negative for the existing companies.

Tower firms to be brought under the licensing regime: The commission has proposed a licensing fee of 8% for tower companies. This recommendation if implemented would be negative for the existing companies, especially Bharti Airtel.

Liberal merger and acquisition norms: The commission has favoured liberalizing the merger and acquisition (M&A) norms in line with Trai’s suggestion. Trai had suggested that M&As be allowed among operators if the combined market share of the new entity is less than 60%. That is a substantial increase over the current 40% ceiling. While the telecom department wanted this ceiling to be reduced to 35% to avoid a monopoly situation, the commission decided to go with Trai. This is likely to lead to consolidation in a competitive market and would act as a catalyst for the industry.

Negative regulatory news flow coupled with falling rupee to keep stocks under pressure: The commission will meet again to fine-tune the policy decisions on which it has reached a consensus. The outcome of the meeting would be shared by the end of this year. We believe that till the time the new policy is unveiled with clarity, negative regulatory reports in the media and falling rupee are likely to keep telecom stocks under pressure.

Long-term trajectory looks positive liberal M&A norms to protect downside:; With the return of pricing power in the hands of existing telecom companies, we believe the domestic environment has turned positive and the impact of this rate hike is likely to be seen in FY13 financials. Further, the negative regulatory developments and news flow (levy of one-time spectrum charges, higher uniform licence fee of 8% and bringing tower companies under the licence net) have been in the public domain for long and have been discounted by the market. Though we see risks to the profitability and cash flow in the short term, the long-term outlook continues to be positive. We believe that the liberalisation of M&A norms would act as a downside cushion for the sector. We maintain a buy rating on Bharti Airtel.

Edited excerpts from a report by Sharekhan Ltd. Sharekhan, the analyst or dependants of the analyst may be holding or having position in the scrips mentioned above. Comment at mintmoney@livemint.com