Market roundup | One India, many inflations

The all-India inflation rate for August was 5.05%, but that average conceals wide variations; the highest inflation in the country was in rural Gujarat

One India, many inflations 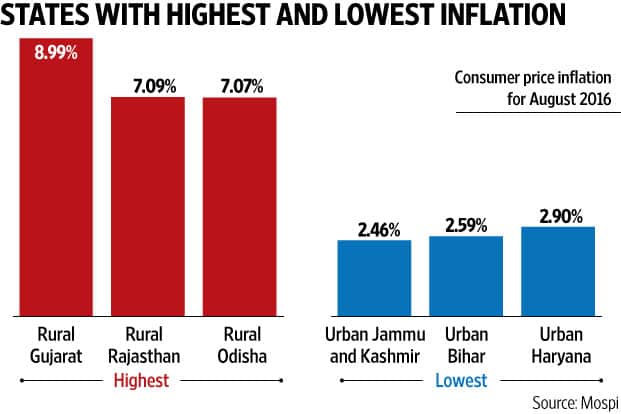 Gold to stay in favour even if US interest rates rise

Investor appetite for gold is unlikely to be hit even if the US Federal Reserve increases interest rates this month, says a Bloomberg report, citing David Mazza, head of exchange-traded funds (ETFs) and mutual-fund research at State Street Global Advisors, which manages SPDR ETFs. Holdings in gold-backed ETFs are heading for a third quarterly gain, the longest streak since 2012.

The price of gold has gained by 26% this year. “ETFs backed by the precious metal account for just 3% of the $3.21 trillion of assets held by investors, signalling there’s ‘ample room’ to add strategic gold allocations to their portfolio, and supporting the gold rally, UBS Group AG said in a report August 16," said Bloomberg. 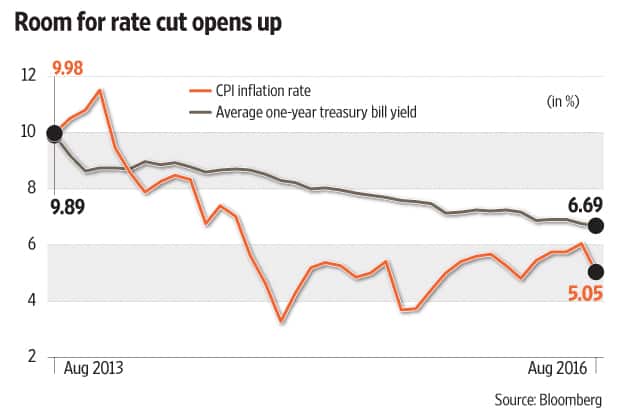 Real interest rates, which the Reserve Bank of India (RBI) measures as the difference between one-year treasury bill yield and inflation, are currently around 1.64 percentage points. In the past, the central bank has indicated that it would like real rates to be at least 1.5-2 percentage points.

Given the sharp fall in inflation in August to 5.05%, room to cut policy rates, albeit a tiny one, seems to have opened up if one goes by the real rate situation. Yield on the treasury bills are unlikely to rise given the comfortable liquidity and thus all now depends on a further fall in inflation.

A Nomura Research note says the value of Asia ex-Japan exports in dollar terms fell by 6.8% in July from a year ago, “extending the period of contraction to 19 months, although August data for China, Korea and Taiwan show some improvement". However, its export-leading index signals that the nascent improvement in August is not the beginning of a major rebound. It predicts aggregate export growth will settle a little below 0% in September and October, “better than the first half of the year but nothing to write home about".