Thanks for Visiting Mint
You seem to have an Ad Blocker on. Please turn it off in order to continue, or whitelist Mint
HOW TO TURN OFF AD BLOCKER
OR
REFRESH IF YOU ALREADY TURNED OFF THE AD BLOCKER
Home >Opinion >Online-views >Godfather helps explain Asia&#8217;s economic plight

A recent trip brought me to the Philippines, Malaysia and Hong Kong in the same week. In each place, I flipped through the local version of the Tatler in my hotel room, as I often do. Call it a guilty pleasure.

For high-society folks and wannabes in Asia, few honours seem to outrank being pictured among the magazine’s pages. Not surprisingly, most of the photos feature tycoons and business magnates and their well-coifed families. 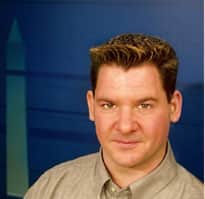 While many of these business barons may not be familiar even to regular The Wall Street Journal readers, their influence in Asia often seems god-like. Many have a direct line to national leaders, a jarring ability to trump the concerns of mere mortals and a knack for scoring government favours.

The extent to which many of them are lionized—often inappropriately so—by local media is the subject of a timely book by Joe Studwell titled Asian Godfathers.

My week in Manila, Kuala Lumpur and Hong Kong coincided with the 10th anniversary of the start of the Asian crisis. Part of Studwell’s thesis is that the greed, corruption and excess of Asia’s rich helped cause the meltdown. That’s not particularly new; nor is his contention that the tycoons have long been the beneficiaries rather than the catalysts of Asia’s growth.

Yet, Studwell’s argument that Asia’s wealthiest people are stronger than ever, and doing more to hold back the region’s potential than many investors appreciate, is an important one. “After the financial crisis in Southeast Asia, in state after state, taxpayers picked up the tab, tycoons picked up the pieces and life went on as before," Studwell wrote.

“The lesson of the past decade has been that the relationship between political and economic elites in Southeast Asia is more enduring than almost anyone imagined."

The dominance of obscenely wealthy businessmen in Hong Kong, Indonesia, Malaysia, the Philippines, Singapore and Thailand helps explain why Asia isn’t enjoying more entrepreneurship, the benefits of growth aren’t trickling down enough and long-term equity returns often aren’t what they could be. As the business barons hold down local rivals, they undermine growth.

The super-rich remain on the ascendancy for two reasons. One, deregulation efforts have never really taken hold.

Two, tycoons have tended to avoid export manufacturing industries because they abhor global competitiveness. They tend to prosper from monopolies, concessions and cartels in businesses including ports, telecommunications, real estate and gambling.

This arrangement explains why there has been no substantive progress in creating a common free market in services for the members of the Association of Southeast Asian Nations. The group remains a toothless tiger, lacking mechanisms for enforcing its own rulings in a region awash with vested interests. And that’s the way the godfathers like it.

Studwell’s well-received 2003 book The China Dream debunked the myth that making money in Asia’s No. 2 economy was a cakewalk. His latest work reminds us that the editor-in-chief of China Economic Quarterly understands Asia well.

This isn’t the first time journalists have channelled Godfather author Mario Puzo to explain Asia to the masses.

In 2002, Indonesia’s Tempo magazine featured a cover depicting former President Suharto’s son, Tommy, as Don Corleone. The story detailed how Tommy was still running family businesses from a cushy prison cell while doing time for ordering the murder of a Supreme Court judge.

While the Suharto family is among those that Studwell analyses, the author says his use of Asian Godfathers is tongue-in-cheek. It’s not meant to allege criminality or that Asia’s wealthy people head organized crime units. Studwell’s point is that “another great myth has grown up around Southeast Asia’s tycoons, one that makes them appear equally mysterious and untouchable."

There’s a danger in labelling tycoons “godfathers." Where do you stop? Where do you begin? And couldn’t it be that one person’s ruthless oligarch is another’s shrewd businessman?

Yet, Studwell makes an intriguing point about how economies such as South Korea and Taiwan took a course different from their Asian peers and are better off for it. Both opted for Japan’s example of implementing land reforms and other policies to accelerate development.

One can quibble about whether Japan’s economy is shareholder-friendly or efficient. “It remains the only model to have taken a significant non-white country from poverty to developed-nation status," Studwell said.

Ten years on, the Asian crisis “didn’t change the fundamental political-economic structure of the region," Studwell said. For that, hundreds of millions in East Asia may long pay the price.