Home / Opinion / Online-views /  Global stocks off as US data disappoints

Global stocks off as US data disappoints

Global stocks off as US data disappoints

New York: Global stocks fell on Tuesday as data showed US manufacturing shrank at the sharpest clip in more than three years last month, adding to worries that the global economy is slowing as the euro zone debt crisis continues to roil world markets. 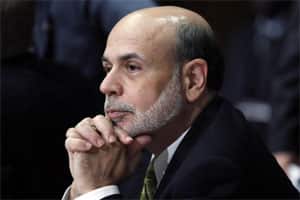 The US manufacturing data, along with a separate report showing US construction spending fell in July by the most in a year, fuelled concerns that the US economy continues to struggle.

“What people saw with today’s US ISM and the manufacturing data in Asia and Europe yesterday is that the global economy is still slowing down. In particular, cyclical stocks are pretty weak today," said Peter Boockvar, equity strategist at Miller Tabak and Co. in New York.

The disappointing data come just days before Friday’s non-farm payrolls report, which could shed light on the state of the faltering US job market.

Friday’s payrolls data are key to any US Federal Reserve (Fed) decision on whether they will follow through with a third round of bond purchases, known as quantitative easing or QE3, said Kevin Giddis, head of fixed income capital markets at Morgan Keegan in Memphis, Tennessee.

“In my opinion, this is the number that creates a ‘go/no go’ decision from the Fed on QE3," he said.

Those expectations got a boost last week when Fed chairman Ben Bernanke left the door wide open to a further easing of monetary policy, saying the stagnation in the US labour market was a “grave concern", though he stopped short of immediate promises.

Investors were also eyeing possible action across the Atlantic from the ECB, with hopes for more bond buys from the ECB helping drive Spanish and Italian bond yields to multi-week lows.

The ECB is expected to unveil a new debt-purchasing plan to tackle the region’s debt crisis at a policy meeting on Thursday, when it may also cut interest rates as the 17-nation euro area heads toward a recession.

Mario Draghi, the ECB’s president, told European lawmakers on Monday that buying short-term sovereign debt did not breach any European Union (EU) rules, which investors took as a sign the bank would resume buying short-dated Spanish and Italian bonds.

“Markets are taking a bit of confidence from Draghi, who apparently indicated that purchases of up to three years maturity wouldn’t be in contravention of EU policies on financing of sovereigns," said Brian Barry, a strategist at Investec.

Still, European equity investors have turned more cautious over the impact of the ECB plan, having enjoyed a strong rally since Draghi pledged on July 26 to do “whatever it takes" to protect the euro.

“If the ECB disappoints, the reaction would be on the negative side. But I don’t expect a dramatic sell-off as focus will shift to other events," said Christian Stocker, equity strategist at UniCredit.

The MSCI World Equity Index, which gained late last week on renewed hopes of more monetary stimulus by the Fed, was down 0.36 %at 321.54.

Oil prices fell as concerns about slowing economic growth and curbed demand for petroleum countered hopes for more monetary stimulus from central banks in the US and Europe.

“You need to see demand coming through," said Michael Hewson, a markets analyst at CMC Markets in London. “And the only way you are going to get demand growth is if oil prices fall. Any upside in oil is going to be limited." Reuters