The era of hero fund managers is gone

The era of hero fund managers is gone

Eight months ago, you were told to take charge of SBI Funds Management Pvt. Ltd and you came here from State Bank of India with no prior experience in the mutual fund (MF) industry. Was that a disadvantage? 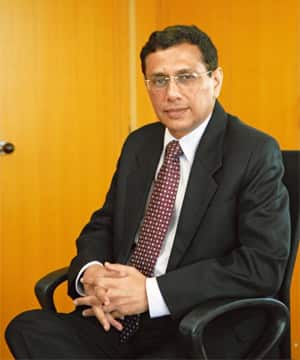 There has been a lot of turbulence in the Indian MF industry. It is going through a turning point and it’s good to join it now; I don’t think it can go down any further. Here on, it’s only going to look upwards. This gives me a good opportunity as a new CEO to focus on things inside.

Interesting, but your equity funds appear to have lost as compared with, say, around 2004 to 2006 when a former fund manager outshone.

Yes, we have slipped quite a bit over the years. There has been a paradigm shift in the MF industry; it has shifted away from the cult fund manager style. I doubt if those same fund managers, if brought in today, would be able to produce the same results in these markets. In those days, our total assets under management (AUM) were ₹ 4,000-5,000 crore. Today a single scheme is almost that much; our overall AUM is around ₹ 50,000 crore. Today, things are much more process driven, risk-focused, risk-adjusted and template-driven. Fund management today is not dependent on one or two persons. The era of hero fund managers is gone.

I agree that the performance of the equity funds has been troublesome; we are closely tracking that. The industry’s current pause has given us a chance to introspect. I think the results are slowly showing up. Our one-year performances of key equity funds are looking up and have shown improvement as against six to eight months before that.

Ultimately, I have brought my sales and investment sides closer and there is regular interaction between the two.

But isn’t that a bit dangerous given that the sales side can put pressure on fund managers for, say, short-term performances?

Of course there is a Chinese wall and in any case, the two teams engage only once in two months. When we meet, we openly share ideas. But why should the pressure come from the sales team? That pressure is already there from our distributors, from, say our biggest one, State Bank of India, which is also our promoter. If our performances are bad, they’re the first ones to ask for explanations.

Speaking of SBI, how important is it for you to be bank-sponsored in today’s scenario?

It is very comforting having the support of SBI’s 18,000 strong sales force and its elaborate branch network. But I feel sometimes,the advantages are presumed. It is not automatic. SBI may have more than 80,000 branches but I still have to show my performance to them because SBI also sells other fund house’s schemes. The brand puts a big responsibility on us and a lot of pressure.

Recently, rating agency Crisil came out with a report that said a majority of actively managed equity MFs underperformed their benchmark indices. What message does this send out to the investing community?

I don’t have a problem with their methodology; it’s pretty standard. Right now the way stock markets are positioned in India, typically you’ll see most schemes are lagging the benchmarks. But if you do the same exercise in a rising period, you’ll see all funds beating their benchmarks.

Most fund managers would be fully invested in equities because their scheme objectives won’t allow them to sit on cash. The kind of alpha (outperformance) that we generate in rising markets is many times more than the lag that can be seen in falling markets. That’s the whole idea of fund management. Otherwise if everybody hugs the benchmark, we may as well put all our money in index funds.