Power generation rose 4%, slower than the 5-9% growth the sector saw in the earlier two years

Adani Power Ltd and Reliance Power Ltd delivered good growth. But the performance is not driven by organic factors. Production scale-up at the Sasan ultra mega power project helped Reliance Power report strong growth in revenue and profit. Compared with a loss a year ago, Adani Power reported a profit of ₹ 101 crore. But the performance was boosted by recognition of compensatory tariff. “Normalized earnings, based on clarifications provided by the management in its earnings call, are weaker versus reported earnings," Nomura Research said in a note. 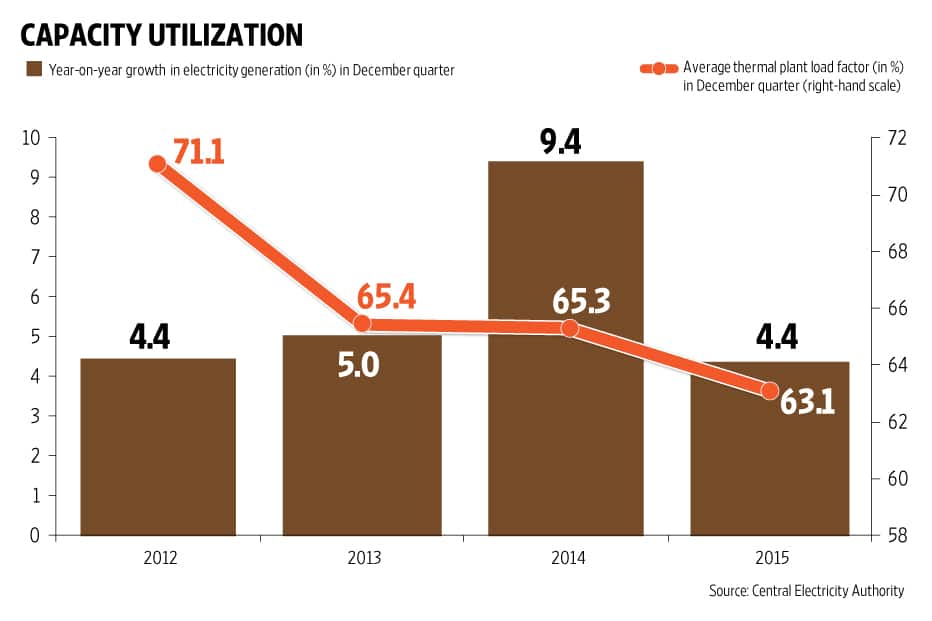 Nevertheless, the performances did not move the needle much. Adani Power did not see any notable upgrade in earnings estimates. Earnings estimate for NTPC were cut—Elara Securities (India) Pvt. Ltd reduced its earnings per share estimate by 4% for this fiscal and 3% for FY17. Tata Power has seen some earnings upgrades. But that was driven by expectations of lower loss at Mundra and stable coal business.

By and large, analysts continue to remain wary about the sector. Improving fuel supplies notwithstanding, two factors continue to cloud the sector outlook. One is poor demand. Government steps to revive the bankrupt state electricity boards—the biggest buyers of electricity in India—are yet to bear fruit. As a result the sector continues to operate at sub-optimally low utilization levels--PLF stood at 63% in January.

Second is the regulatory overhang. Major firms (NTPC, Tata Power, Adani) are seeking regulatory orders (verdicts), the outcome of which remains uncertain. Overall, while there were no negative surprises, no signs of revival emerged in the last quarter either. R. Sreeram