The ant and the grasshopper and my summer reading list

The ant and the grasshopper and my summer reading list

The trade-off between sacrificing today for the unknown tomorrow and then not having either enough health or life to enjoy the fruits of abstinence makes for the unsolvable dilemma that people think they face: eat now or later? The answer is less extreme—it is never an all-or-nothing choice and there is a happy middle ground. From religious scriptures to modern-day financial planners, all believe that a diligent salting away of about 10% of income is usually enough, if it grows just a bit above inflation. About 90% of what you earn is enough for today and 10% a year of a rising income stream, enough for tomorrow. But for this rule to work, one has to start using it by your mid-20s. 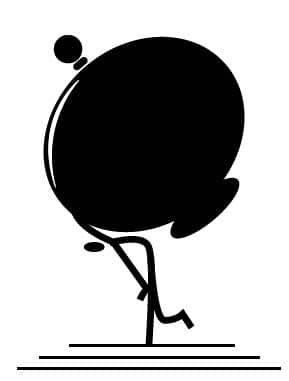 I read two books one after the other. The first was Anand Giridharadas’ India Calling and the second Nayan Chanda’s Bound Together. I should have reversed the order of reading and read the second one first. Chanda’s epic work is a lesson in human history starting from our common African mum (yes cousin, we’re all one big dysfunctional family), through the lens of globalization. The second is about the son of a migrant Indian couple who comes back to his parents’ country to document the changing story of a billion people. If Chanda’s book is the broad sweep of history through the lens of globalization, Giridharadas seems to zoom in to tell the history of a sliver of mankind that participated in the globalization actively as migrants, rather than passively as consumers.

Chanda says that the push behind globalization, right from the first set of migrants from the cradle of humankind in Africa who left home in search of a better life, to the institutional push (kings, religion and business), came from the strong human desire to do better in terms of opportunity, quality of life and wealth. Giridharadas’ story is almost like a page out of Chanda’s history sweep that zooms in on one family and maps its emotional, financial and cultural journey. Both are must-reads.

The other books in line for the rest of summer are Undercover Economist Tim Harford’s Adapt that makes failure a precondition to success. The second is Policy and Choice: Public Finance through the Lens of Behavioural Economics by William J. Congdon, Jeffrey R. Kling and Sendhil Mullainathan. Mullainathan, in fact, has just been appointed to the senior leadership team of the Consumer Financial Protection Bureau in the US. While on the subject of failure, do watch J.K. Rowling deliver the 2008 Harvard Commencement Address titled The Fringe Benefits of Failure, and the Importance of Imagination at the annual meeting of the Harvard Alumni Association at http://goo.gl/kINMC. I leave you with a quotable quote from that lecture: “Poverty means a thousand petty humiliations… poverty itself is romanticized only by fools."

And, to break the mould of a reader of just serious books, others on the table include my continuing obsession with the Louis L’Amour series, a stack of Calvin and Hobbes comics and the graphic novel Watchmen—seen the movie, now time for the book.

Monika Halan works in the area of financial literacy and financial intermediation policy and is a certified financial planner. She is editor, Mint Money and can be reached at expenseaccount@livemint.com