Emperor, look at your own clothes

Emperor, look at your own clothes

Chaudhuri wants the banking regulator to abolish CRR, the portion of deposits that banks need to keep with RBI, as banks do not earn any interest on it. If indeed this is done away with now, at least ₹ 2.6 trillion will be released into the system (CRR is now 4.75% of deposits). This will help banks meet the borrowers’ need and fuel economic growth. (Plenty of money in the banking system will also stoke inflation and this is why RBI is not paring it.) Besides, banks’ income will also go up as they will earn interest deploying the money through loans or investments.

Chaudhuri’s argument is: Why should banks be subjected to CRR and why not insurers and mutual funds who also deal with public money? 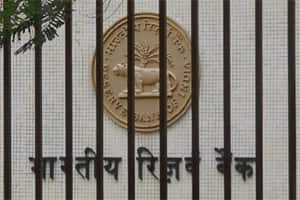 This year, the central bank transferred Rs 16,010 crore to the government, its surplus profit for the year, more than what it had transferred the previous year. Photo: Hemant Mishra/Mint

Chaudhuri’s retort is equally interesting—Chakrabarty himself had made such a demand when he was a banker (Chakrabarty headed Indian Bank and Punjab National Bank before moving to the Mint Road headquarters of RBI).

The demand for CRR abolition and/or interest payment of CRR in India has been as old as CRR itself and there is nothing new about Chaudhuri’s argument. Comparing banks with insurance companies and mutual funds is not fair though, as unlike RBI, their regulators do not create money and, hence, the question of impounding money does not arise.

What does RBI do with its money? This year, the Indian central bank transferred ₹ 16,010 crore to the government, its surplus profit for the year, more than what it had transferred the previous year— ₹ 15,009 crore. RBI follows a July-June financial year.

Its gross income for the year was up at least 43% to ₹ 53,176 crore primarily from its domestic operations where the earnings rose 110%. Its income from foreign currency assets dropped more than 6% because of low interest rates in international market. Higher domestic earning of the central bank is not a good news as this means commercial banks are borrowing from it heavily and there is not enough money in the system. RBI earns interest when it lends to banks.

Since there is no cost of money for the central bank—RBI itself creates money—how much its earns entirely depends on the liquidity in the system (for its domestic income) and interest rate overseas (for earnings on foreign currency assets). It can show its efficiency in expense management. In 2011-12 (July-June), RBI’s establishment expenditure rose 30% as it had to set aside money for employees’ gratuity and superannuation funds.

That’s fine but what is frustrating is that the RBI balance sheet does not clarify many things. In fact, the Central Bank of Sri Lanka balance sheets says more than what RBI balance sheet tells us. For instance, its gross income last year was ₹ 53,175 crore and net income ₹ 26,151 crore after ₹ 27,025 crore provisions but it does not give the details of such provisions. RBI does not pay any income tax.

Similarly, its foreign currency assets consist of deposits kept with the Bank for International Settlements, other central banks and commercial banks, and securities but it does not give any break-up of such assets. One can appreciate its reservations about revealing the currency profile of foreign assets but why can’t it classify such assets? The balance sheet also does not have the cash flow statement.

The balance sheet of Sri Lankan central bank gives the cash flow statement, classifies its foreign currency assets including derivatives, and says how much of these assets it is holding till they mature and how much it can trade. It also gives a clear picture of the credit risk that runs by explaining the bank’s exposure to different locations such as the US, Japan, the UK, Europe, etc. It also gives a detailed presentation on how many pension, gratuity and other employee welfare schemes it runs.

RBI was set up as a private shareholders’ bank in 1935 with an initial paid-up capital of ₹ 50 lakh. It was nationalized in 1949 and there has been no change in its balance sheet structure since then. It continues to carry two balance sheets—one relates to currency management and the other for all other functions as a monetary authority.

It is high time it changed its balance sheet structure and opted for more clarity and transparency.

RBI’s board—with eminent people as directors—does not have any regulatory function. It meets at least six times a year and there is enormous curiosity about such meetings. How about putting up the minutes of the board meetings on the RBI website?

Also, why shouldn’t be RBI subjected to Comptroller and Auditor General of India’s (CAG) audit? I am in no way suggesting the central bank is doing things that it should not do. In fact, as an institution it is known for its impeccable integrity and intellectual honesty even as it continuously fights with the finance ministry for its independence, but there is no harm in being scrutinized by CAG and the public accounts committee.

With the changing times, the emperor should look at his own clothes. Otherwise, it loses the right to point fingers at its naked subjects.