Need for revision in some tax laws

Need for revision in some tax laws

Change is the only constant, they say. While certain things, such as the prices of fuel and food, change often, there are others, like your salary, that change, say, once a year. There are still other things, like law, that change only rarely.

Though tax laws see some change every budget, it is surprising that there are some tax laws that have not been amended for ages. Such laws, though most of them directly impact salaried taxpayers, are losing relevance now. Here are few such laws. 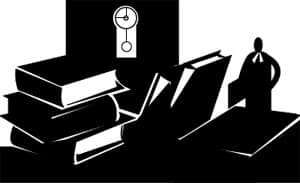 With the ever-increasing medical treatment costs, the existing limit of Rs15,000 is very low. Government-run medical centres providing quality facilities are not enough to accommodate the increasing population. In such a case, taxpayers have no option but to bear the cost of private hospitals. Hospitalization in a quality medical institute for as short a period as two days can cost anything above Rs15,000. Think of a taxpayer who has four dependants.

As per section 80E, deduction with respect to repayment of loan taken for higher studies is available. The condition is that the individual should have taken a loan from any bank, financial institution or an approved charitable institution for pursuing higher education himself or relatives (spouse/child/student who is the legal ward of a taxpayer). The entire amount paid by way of interest is deductible and the deduction is allowed in computing the taxable income of the initial assessment year and seven immediately succeeding assessment years.

Prior to the assessment year 2006-07, this deduction was available on both the principal and interest on such loan, provided the amount did not exceed Rs40,000.

Higher education is a prerequisite for the career growth of an individual and the nation as a whole. The amount spent on it often goes into tens of lakhs. To meet up the cost of higher studies, parents often liquidate their investments accumulated for post-retirement days. There is a need to promote education loans in order to handle this situation and make individuals self-dependent.

Under section 10(14), regardless of the expenditure amount, certain allowances are exempt to the extent of the amount of allowance or the amount specified in rule 2BB, whichever is lower.

• The amount exempt on children education allowance is limited to Rs100 per month per child, up to two children.

• Transport allowance, granted to an employee to meet his expenditure for the purpose of commuting between his residence and the place of his duty, is exempt up to Rs800 per month.

The limits for these allowances were last revised on 1 August 1997. The cost of expenditure on children’s education and hostel is way higher than exemption limits. Even the transportation cost in all tier I cities and metros is quite high, considering the long distance a salaried person has to travel daily to reach his place of work from home and the increasing prices of fuel. These allowances are given to the employee to help him meet his expenses. But a salaried individual can barely reap the benefits if a major portion of these allowances are taxable. The exemption limit on these allowances is very low, which makes them insignificant for tax saving.

It becomes extremely important that these tax laws are revised for them to remain relevant to taxpayers in the current scenario. The salaried class, unable to relate to outdated laws, starts searching for incentives to remain compliant.