There is scope for a further 50 bps cut

There is scope for a further 50 bps cut

The central bank delivered a big surprise to the financial markets by cutting the repo rate by 50 basis points. The action was clearly at odds with the tone of Monday’s macroeconomic review and the March mid-quarter review statement. Based on these documents, the common perception was that the Reserve Bank of India (RBI) was quite concerned about inflation risks and would, therefore, proceed cautiously in cutting policy rates. One basis point is one-hundredth of a percentage point. 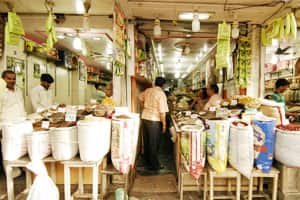 Manufacturing as well as core WPI-based inflation trended lower for the third month in a row in March. Ramesh Pathania/Mint

First, the sharp downward revision in January industrial production growth underlined the fact that though growth may have bottomed out in the third quarter, it is not rebounding sharply enough. This is a troubling development when one considers that the supply side disruptions in the mining and auto sector, which plagued industry in the second and third quarter, have largely been resolved.

Secondly, manufacturing as well as core Wholesale Price Index (WPI)-based inflation trended lower for the third month in a row in March. The fall in core inflation would have been particularly comforting for RBI as it suggested that underlying price pressures are abating despite the sharp nominal depreciation in the rupee.

Putting these two together, RBI came to the conclusion that the policy stance was overly restrictive. In more technical terms, a simple version of the Taylor rule with equal weights on the output gap and the inflation gap would have suggested that the repo rate ought to be reduced from 8.5%. This conclusion does not change even if one were to assign a higher weight to inflation.

In my assessment, the fall in core inflation is more material to the rate decision than the negative output gap, which appears to be marginal in any case given that we have had only three quarters of sub-par growth. Interestingly though, RBI has cited the growth angle as the foremost reason for the larger-than-expected rate cut. This may be due to the greater visibility on growth slowdown while there are considerable upside risks to inflation outlook.

In my base case outlook, which is slightly different from RBI’s projections, there is scope for a further 50 basis points cut in the repo rate. However, such a move is unlikely prior to the second half of the fiscal year. Notably, RBI seems to have flagged off an important precondition in the form of concrete steps to contain subsidies. RBI made it clear that any rise in administered prices will be seen as a macropositive.

Further, the central bank has also clarified that the assessment of inflation risks from administered price hikes would have to look beyond the first round effects and will be determined by whether manufactured prices rise in conjunction. I am hopeful that the government will move on fuel and fertilizer prices in the next few months and remove the fiscal overhang on monetary policy.