Home > opinion > online-views > The high cost of a free lunch

The high cost of a free lunch

The high cost of a free lunch

Why has inflation been so persistent despite the slowdown in growth? That’s the question the Reserve Bank of India (RBI) has been asking for some time, most recently in its annual report for 2011-12.

The data show that, while the all-India consumer price index for rural labourers increased by 9.6% between May 2010 and May 2011, the wages of rural labour increased by 21.1% over the period. In the subsequent 12 months, between May 2011 and May 2012, while the same price index rose by 8.1%, rural wages jumped by 18.7%. Real wages in the countryside have gone up considerably, even in these days of low growth. This is perhaps the main reason why the hue and cry over inflation has been so muted. As an insightful statement in the annual report puts it, “Increases in real wages indicate that inflation is not always a tax on the working population, particularly when the wage increase is in excess of productivity growth." 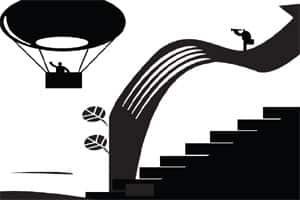 During the period 2004-05 to 2009-10, there was a decline in employment for people in the age group 15-19 years and also among women. The proportion of women doing domestic work increased, while the proportion of those attending educational institutions in the age group 15-19 years also showed a marked rise. The withdrawal of these groups from the labour market restricted supply. Moreover, RBI report says employment in the construction sector increased by 62% between 2004-05 and 2009-10, mainly for casual labour, thus drawing away workers from rural areas.

So, on the one hand we had a lower supply of rural labour and, on the other hand, an increase in public works programmes. The net result was the rise in rural wages. Nor was MGNREGA the only social programme that had this effect. State governments also increased their social and development spending over the period. That is why the RBI report says, “There is significant divergence in wage-price relationship in rural areas across different states which point towards the role of state specific factors in conditioning the overall wage-inflation dynamics." Between May 2011 and May 2012, for instance, while the consumer price index for rural labour increased by 11.4% in Manipur, rural wages in the state increased by 43.5%. In the same period, in Himachal Pradesh, the rise in rural wages was lower than rural inflation.

The upshot, however, is a tighter labour market that has raised rural wages that are then quickly spent on consumption, bidding up prices, especially of protein-rich foods. This, in turn, creates wage pressures, leading to a wage-price spiral. Says RBI report: “Available evidence on the wage-price spiral partly explains the stickiness of the inflation path and why cyclical moderation in growth momentum does not lead to a corresponding softening of inflation."

But in India, where most workers in industry and services are not unionized, do price pressures really lead to higher wages during a severe slowdown? I would have thought the slowdown would lead to job losses instead. The latest Labour Bureau report for the January-March 2012 quarter shows a contraction in employment in the leather, metals, automobiles, gems and jewellery and the handloom and powerloom sectors.

Of course, inflation is also the result of supply-side constraints, because the additional demand from the rural sector does not lead immediately to increased supply. On the other hand, higher rural wages lead to higher agricultural support prices, which, in turn, add to inflation. That, in fact, may be the real inflationary spiral.

Also, subsidies on diesel, cooking gas, fertilizers and food lead to a higher fiscal deficit and higher government borrowing which keeps up the upward pressure on interest rates, thus inhibiting private investment that can augment supply. Moreover, the spending on subsidies hobbles government spending on infrastructure, which again constrains supply.

It can be argued that the social safety nets are meant to protect the vulnerable sections of the population from the deleterious effects of inflation, while ensuring some trickle-down of the benefits of growth to them. It would be preposterous to say the poor shouldn’t eat protein till such time as they improve their productivity. And it is true that, in increasing real wages of rural labourers, the social programmes have succeeded in their objective. Perhaps they can be better targeted and subsidies that go to better-off folk, such as on cooking gas and on diesel cars, can be done away with. Subsidies to businesses, where revenue foregone on account of excise duty sops amounted to ₹ 192,227 crore in 2010-11, could also be curtailed. But the point is that somebody has to pay for the freebies.

What the last couple of years have shown is that the free lunch for the masses actually has a rather high price tag—the result is not only high inflation but also much lower economic growth.

Manas Chakravarty looks at trends and issues in the financial markets. Your comments are welcome at capitalaccount@livemint.com.