The challenge to improve India’s power sector hasn’t been so daunting in a long while. While capacity addition is happening at a furious pace of 8,000-10,000 megawatts per annum, the ability of the state-owned distribution utilities to pay for these bills is in serious doubt. Key lenders to the utilities, Power Finance Corp. and Rural Electrification Corp., stopped lending a few months ago to resume only recently, with stiff conditions that aim to improve their viability. This includes tariff hikes that enable the utility to charge consumers what it costs to serve them. 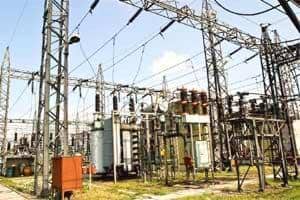 There is little doubt that in the power sector such reform “handles" are hard to come by and even harder to operate. One of the reasons is that electricity is a concurrent subject, with state governments overseeing the electricity retailing business. So the Union government ends up bending backwards, offering soft loans and cash incentives to the states to reduce theft and improve efficiency in supply.

But even where there is room to grip a “handle", the Union government seems to be passing up the chance to do so. Consider the forthcoming captive coal mining policy. According to news reports, the Union government is planning to offer captive mines to companies that offer the lowest electricity tariff.

On the face of it, this seems to be just what the doctor ordered. If anything, it is setting right the current system where the gains of producing power at very low costs owing to captive mining is reaped by private power companies.

This, since the power producer outcompetes others in a market that depends on expensive market-priced coal.

However, the proposed approach fails to seize the opportunity to prompt utilities to improve their financial health in return for access to cheap power.

Rather than simply handing down the blocks to state government-owned utilities and getting them to invite bids from power producers, the Union government should structure the integrated coal and power projects in such a manner that it retains control on the sale price and volume of electricity from the projects. If the state gets its foot off the reform pedal, it should be penalized with higher-cost electricity; the difference should be ploughed into reform measures.

Are power sector reforms doomed to fail? Tell us at views@livemint.com