Is capitalism rooted in overconfidence?

The father of behavioural economics suggests so in a recent interview given to Finance and Development, an International Monetary Fund publication. 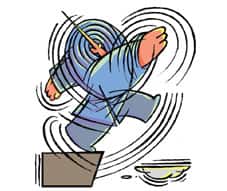 The problem of overconfidence came to the fore during the financial crisis that engulfed the world after August 2007. Some called it irrational exuberance and others described it as a fundamental ignorance of tail risk. The result was that investors mispriced risk in most markets.

Kahneman has a more caustic term to describe this behaviour: delusional optimism.

But such overconfidence is also what makes capitalism the most dynamic economic system known to man, albeit an unstable one. Keynes had written in the 1930s how entrepreneurs do not take investment decisions after calculating probabilities of future returns. They are driven by baser instincts that he called animal spirits.

The great waves of innovation that the world has seen since the Industrial Revolution have helped lift living standards and better the quality of life the world over. These waves were created by risk takers; some succeeded while most failed. But it would be safe to say that most of them overestimated their chances of success.

Kahneman then offers three important takeaways from the current mess.

One, the world needs stronger protection from consumers and individual investors.

Two, failure of markets has much wider consequences on the global economy.

Three, there are limits to forecasting: “The tremendous volatility in the stock markets and financial system tells us something about the amount of uncertainty in the system and the limits of forecasting."

It will be a tough task for regulators who have to decide to what extent they should try to control risk-taking and innovation, especially in the financial markets.

Is overconfidence necessarily a bad thing? Tell us at views@livemint.com