"storyDirectUrl"
OPEN APP
Home >Opinion >How best to save our trees

How best to save our trees

How best to save our trees

Hasiru Usiru (the closest English equivalent for this Kannada phrase is “green breath") is an umbrella group in Bangalore, devoted to environmental and other causes. Within it, the Environment Support Group (ESG) has spearheaded signature campaigns and protest walks against the demolition of buildings and chopping of trees for the construction of the Metro by the Bangalore Metro Rail Corp. Ltd (BMRCL).

Recently, it organized protest walks, which I joined, against BMRCL for felling trees in the city’s prized 240-acre Lalbagh Botanical Garden in order to extend the Metro. ESG claims that due process has not been followed in authorizing the construction activities of the Bangalore Metro. ESG also brought attention to a government order stating that portions of Lalbagh can be sold to BMRCL for the Metro, thus violating the Karnataka Act for preserving parks. 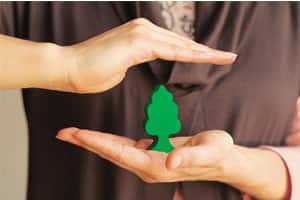 Official responses to these protests have flip-flopped, with new developments last week, almost every day. The Karnataka high court has ordered BMRCL to stop cutting trees until further notice. The next day, the managing director of BMRCL, responding to the protesters in the park, stated that the current alignment of the Metro, which requires trees on the majestic Lakshman Rao Road (a boulevard) to be chopped, cannot be changed for technical reasons.

Under pressure, alternative routes may be chosen. Air Deccan chief and independent election candidate Captain G.R. Gopinath has backed the plan to make the Namma Metro go underground in critical areas, even though it will cost much more. Across the world, underground subways preserve the existing overground. Hopefully, Bangalore will go this way.

Whatever happens to the Metro, trees will keep getting axed to make way for buildings and, specifically, for wider roads and more car parking area. Further, even when due process is followed, I suspect, the bulk of the city dwellers would not object to the cutting of trees to facilitate their daily travel. Car owners would continue to keep their cars and commute to work by Metro.

Environmentalism, to a large extent, is a Nimby (Not In My Backyard) upper middle-class phenomenon. The availability of water, not trees, is the main concern of the urban poor. Strict laws to prevent felling can preserve a city’s green cover and heritage, but will drive activity to nearby satellite towns (if they can be built, which for Karnataka is a big if). In the process, overall, there will be more construction, more travel and, possibly, more total carbon emissions.

A long, tough slog lies ahead for environmentalists to prevent new buildings and road widening that lead to trees being cut. By and large, the greens are fighting a losing battle against more buildings and cars, even if they manage to block the overground Metro and/or save Lalbagh. Legally or illegally, homeowners chop down trees outside their houses, and pave it over with cement to park their vehicles. Or they cement up the open areas, where greenery could have been planted, to park their cars. The ratio of concrete to green cover keeps on rising. The Metro is a visible, easy target, but the green groups cannot take on the thousands of house owners who, whatever they profess, would choose parking space for their cars over trees. Most often, environmentalism is bumper sticker-thin.

The root of the problem in Bangalore, or any other city, is not so much due process, or whether people commute to work by Metro, but the explosive growth in “cars"—vehicle area, to be precise—relative to road area. A stiff revenue-neutral vehicle area annual levy (VAAL, for short) is a simple but powerful measure to check the uncontrollable growth in vehicle area relative to road area. The amount levied should be the vehicle area multiplied by the levy or tax rate. I have explained the mechanics and details of VAAL in a few newspaper articles, most recently in “Rethinking Public Transport Policy" (The Economic Times, 25 February 2008). The public finance phrase “revenue-neutral" means that the money does not go to the government, but is used to offset other taxes, which in this case could include petrol and vehicle taxes. VAAL is meant to be a levy, not a tax.

To work, VAAL needs to be implemented, at least nationally, with a uniform rate. If levied only in one city, VAAL might be evaded by bringing in and using vehicles from elsewhere. Some differences in VAAL rates across cities, depending on their prevailing road congestion, could be allowed, but these differences should not be too large, or it may induce evasion.

For VAAL to be effective requires other related measures to ensure that travel does not get killed—defined as number of passenger kilometres travelled. Travel can go up along with green cover, if each passenger uses much less road area. Most important of all, the road transport licence raj, which blocks private provision of transport for the public via share taxis, minivans and even scooter taxis, should be completely dismantled.

Sooner or later, we have to realize that there is no alternative to imposing a VAAL to check the growth of vehicle area relative to road area. To maintain or preserve green cover, merely switching to cleaner fuels is not enough because it does not curtail the rise in vehicle area and thus road area. Merely building or banning the Metro is not enough. To save trees from getting axed, vehicle area must be highly taxed.

Vivek Moorthy is a professor of economics at IIM Bangalore. Comments are welcome at theirview@livemint.com