Terrorism and the mob murder of a CEO in Noida have sharpened a bitter paradox. We want India to be an economic superpower but are reluctant to create the requisite civic culture. Governments, private corporations and ordinary citizens alike have long given the signal that it’s okay to be selective about applying the rule of law. As terror proliferates, it is clear that government action alone cannot secure India’s future. 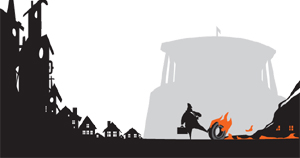 India’s corporate leaders are also faced with tough choices on how to make up for past lapses.

First, a brief review of some incidents which illustrate what has brought us to this juncture.

The outrage in Noida revives memories of a different kind of mob frenzy on the premises of JK Industries at Thane in 2001. A local Shiv Sena leader was being treated at the JK Hospital after being seriously injured in a road accident. When the patient succumbed to his injuries, enraged Shiv Sainiks vandalized the entire hospital while the police stood by and watched. A six-month-old child with a respiratory problem and a 65-year-old man with a kidney ailment were reported to have died because their life-support machines were wrecked.

Vijaypat Singhania, the head of JK Industries, vowed to get justice and ensure that such flagrant lawlessness was punished. Many business leaders in Mumbai privately echoed this sentiment. But in the absence of collective action to support his initial determination, Singhania backed off. The vandals roamed free.

This episode soon paled in significance. The intensity of the communal carnage in Gujarat in 2002 shook several industry leaders. Deepak Parekh, chairman of HDFC, gave interviews condemning the prolonged bloodbath in Gujarat. At a meeting of the Confederation of Indian Industry (CII) in Delhi, Rahul Bajaj and Jamshyd Godrej grilled Gujarat chief minister Narendra Modi about the breakdown of the rule of law in his state.

However, some leaders of Gujarat industry — under the banner of Resurgent Group of Gujarat — dismissed concerns about the communal carnage as “hype". They went on to allege that those worrying about the killings of some 1,000 people were indulging in an anti- Gujarat tirade. Within days, the then director general of CII, Tarun Das, went to Gandhinagar and apologized to Modi on behalf of CII for causing hurt to the state of Gujarat.

CII’s apology set the tone for years to come. It was a triumph for those who underplayed, or even supported, the carnage. Let us forget about what happened, they urged, and get on with the business of business. Of course, there were other voices within the business community. The Indian Merchants’ Chamber in Mumbai hosted a workshop on how mass violence and a culture of intolerance undermines the business climate.

It could be argued that this assessment has been nullified by Gujarat’s continuing commercial success. Tata Motors’ shifting the Nano plant to Gujarat is seen as a further validation of the efficiency of Gujarat’s administration and its infrastructure.

But what about the price we are paying for frequently “forgetting" or underplaying mass violence and repeatedly letting the guilty go unpunished? Home-grown terrorism is just the most glaring consequence of past lapses by both government and businesses. The rampaging mob that killed the CEO in Noida, the Bajrang Dal cadres who are terrorizing Christians in Orissa and Karnataka, as well as violence against non-Maharashtrians in Mumbai are all a consequences of selective and sporadic application of the rule of law.

Business leaders were quick to demand immediate action against the culprits in the Noida murder case. But they have an equally vital role to play in fighting intolerance for religious, regional or caste differences — as well as the tacit tolerance of violence.

Of course, business should not get embroiled in the politics of various social divides. But it can and should proactively work for the rule of law to apply fairly and equally to all citizens. Then CII would not apologize when its members had spoken the truth — that Gujarat has failed to ensure fair and equal treatment, by the law, of all communities. Plus, business leaders can make justice and human rights a condition for investing in a state. Then the governments of Orissa and Karnataka might make more of an effort to check the communal violence that has rendered thousands homeless.

Most Indian multinationals have already committed, or will soon have to commit, to various voluntary global standards that link business practices with human rights. Even smaller Indian firms, which are linked to the supply chains of global companies, are under increasing pressure to conform to basic human rights standards.

Twenty-five years ago, leading British firms responded to inner-city ethnic riots by setting up an organization called Business in the Community (BITC). Major companies such as Marks and Spencer worked through BITC to address the causes of the violence. Today, BITC is a large organization that helps businesses participate in solving social problems.

A similar initiative in India would send out a powerful signal to the government to get its act together. It would also empower citizens now living in dread of bomb blasts and mob frenzy. In the absence of such actions from within the business community, a dangerous idea will gain momentum — namely, that as long as there is the rule of law in contracts, and other matters relating to business, the toll of mass violence and rampant intolerance can somehow be managed. This view is valid only for those who are in for the short run. It cannot be supported by those who have pegged their future on India’s rise on the world stage. Sustained prosperity has a vital prerequisite — a stable society with justice for all.

Rajni Bakshi is the author of a soon-to-be-published book, Bazaars, Conversation and Freedom. Comment at theirview@livemint.com