May Day: a new challenge beckons

May Day: a new challenge beckons

Tomorrow is International Labour Day, or May Day, as it has come to be known popularly. The tradition dates back to the 19th century and evolved around the struggles of American workers for better work conditions. While token rallies will be taken out all over the world, the observations of the International Labour Organization (ILO) on the rapidly diminishing employment prospects, both in the developed and developing world, are a sobering thought on this historic day.

According to ILO, the world is facing a worsening youth employment crisis, wherein, “young people are three times more likely to be unemployed than adults and over 75 million youth worldwide are looking for work." It has, in a special missive for 2012, warned of a “scarred" generation of young workers facing a dangerous mix of high unemployment, increased inactivity and precarious work in developed countries, as well as persistently high working poverty in the developing world. 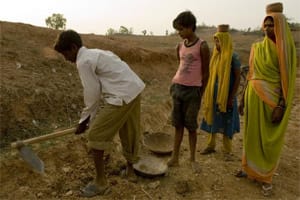 One, a reality check of India’s employment record and outlook is very bleak. Second, the circumstances, as pointed out above, are making a political dialogue to resolve differences extremely difficult to manage. It has not helped that the changing nature of the workforce—reduction in industrial employment, heterogeneity in skills and casualization of employment—has weakened the basis for organized labour; manifesting also in the political decline of the organized Left movement.

The first issue means putting the spotlight on the nature of the Indian growth process once again. I am aware that the last time Capital Calculus brought this up, there was a concerted effort to not only question my intent but also the veracity of data that was used to make the claim of jobless growth. Much water has flowed under the bridge as it were since then and presumably a renewed discussion will not stimulate another rhetorical response.

For the record, the 66th round of survey on employment conducted by the National Sample Survey Office, which was put out last year, reported a dramatic drop in the creation of jobs. As against 60 million jobs creation in the period 1999-2000 to 2004-05, just about a million jobs were created in 2004-05 to 2009-10. Worse, the quality of employment was questionable, casual employment far exceeding regular jobs. Between 2004-05 and 2009-10, the number of casual workers grew by 21.9 million, while growth in the number of regular workers nearly halved (compared with the period between 1999-2000 and 2004-05) to 5.8 million.

What makes it worse is that the five-year period beginning 2004-05 is also the best years ever of economic growth; growth averaged 8.43%, more than double the so-called Hindu rate of growth associated previously with the Indian economy. Taking the two together clearly suggests jobless growth.

Though not using the exact terminology, C. Rangarajan, former Reserve Bank of India governor and chairman of the Prime Minister’s economic advisory council, said as much, in a signed article published in the Economic and Political Weekly last year. “The 66th round results do leave us with an unanswered question: How do we explain a decline in the labour force in a period where both population and GDP (gross domestic product) were growing strongly."

Moving to the second and equally worrying observation, it is a fact that the scope and space for dialogue has shrunk. This has partly due to the nature of the new employment. Not only are they mostly emerging in the service economy—which accounts for nearly 60% of the country’s gross domestic product—in small clusters, it is also unlike the earlier homogeneous industrial workforce, say that one recalled in the textile industry. Since work conditions are variegated and the fact that majority of the staff is casual or on contracts, there is no common element that binds them.

Given the growing army of the unemployed—the World Bank estimates that 1–1.2 million new workers will join the labour market every month over the next few decades; an increase of 25–50% over the historical average—the negotiating power of the workers too is diminished. Again, this reduces the prospects for negotiations and consequently less clout for unions.

With the political erosion of the Left parties even the via media to build a negotiating platform is rapidly disappearing. With political parties failing to fill the vacuum, all kinds of elements (including anti-social) are grabbing the space, especially with their promise of a quick-fix solution that preys on growing frustrations.

So this year’s May Day actually serves as a grim reminder of the challenge facing workers, government, industry and society alike. Not in the medium or long term, but in the immediate short term.

Anil Padmanabhan is deputy managing editor of Mint and writes every week on the intersection of politics and economics.Comments are welcome at capitalcalculus@livemint.com