Home >Opinion >Online-views >A treaty in search of illicit arms

A treaty in search of illicit arms

A treaty in search of illicit arms

It is said that there are more international regulations governing the trade of the lowly banana than machine guns. And yet a six-year effort to regulate the $60 billion conventional weapons trade, with the objective of eradicating illicit trade and preventing the diversion of weapons to the illicit market and for unauthorized end use, came to naught when negotiations for an arms trade treaty (ATT) failed in New York at the end of July.

Credit for this goes to the unholy alliance between the United States, Cuba, North Korea, Russia and Venezuela, who have almost never been on the same side of the fence on any other issue. Although China (one of the biggest arms exporters) and India (one of the biggest arms importers) were not as vocal in their opposition, they too were relieved that the ATT was not concluded in its present form.

The ATT process has had a long and unconventional journey. It began life in 2006 as a United Nations General Assembly resolution; was incubated in a 2008 group of governmental experts; was further nurtured in 2009 in two sessions of the open-ended working group on the treaty; and finally matured during the 2010 preparatory committee leading up to the failed 2012 conference. 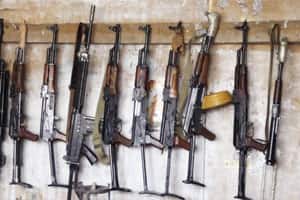 The latter group’s sway was evident in the United States’ negotiating position on several key provisions of the treaty, particularly related to ammunition, which is not registered domestically. Even the mild formulation in the treaty that each state “shall establish and maintain a national control system to regulate the export of ammunition for conventional arms" was considered too risky in an election year. This caution was reiterated in the US statement that stated it would continue to work on an ATT in future to ensure that it did not infringe on the constitutional right to bear arms.

Interestingly, the US was also reluctant to have a more explicit reference to prohibiting the transfer of conventional arms to terrorists in the ATT. In fact, the US argument that there is no agreed definition of terrorism or a terrorist was curiously reminiscent of the position taken by other states accused of aiding and abetting terrorist viz. that one person’s terrorist is another’s freedom fighter. The US coyness on this issue might relate to Syria and the increasing possibility that Washington might start to arm the opposition groups, who have been branded as ‘terrorists’ by the Syrian government. It implies that the US wants to keep the option of providing arms to rebels open even in the future.

This position is in contrast to India’s, which sought a more robust reference to transferring weapons to terrorists, clearly with Pakistan (and possibly China) in mind. However, it also indicates that India is now willing to give up the possibility of supporting opposition groups, rebel movements and freedom fighter with arms as it had done in the past.

Given these critical differences between the arms exporting and importing countries themselves, it is commendable that the ATT got as far as it did in this round. However, it needs to go all the way in the next round and conclude a legally binding treaty. Unless, of course, the world believes that bananas are more dangerous than machine guns.

W P S Sidhu is a senior fellow at the Center on International Cooperation, New York University. He writes on strategic affairs every fortnight.