To secure the East, look West

To secure the East, look West

In October 1962, at the height of the Sino-Indian war, New Delhi pleaded with Washington to dispatch a carrier task force to the Indian Ocean to rally around overwhelmed India and to intimidate Beijing. The US did not oblige; they were distracted by a showdown in their own backyard, popularly known as the Cuban missile crisis. Nine years later, when India was preoccupied with the liberation of Bangladesh in 1971, the US sent carrier Task Force 74 into the Bay of Bengal to cower New Delhi in what was a blatant show of nuclear gunboat diplomacy. Ever since then Indian strategist have remained dubious about the reliability of the US as a trusted friend, despite the 2005 far-reaching bilateral strategic partnership agreement and the ensuing growing cooperation. 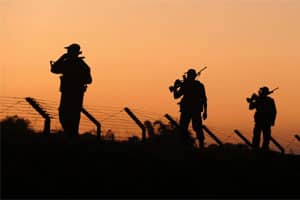 To be sure, Washington’s “pivot" to Asia-Pacific is not altruistic but designed to advance US interests, including protecting its $1.2 trillion trade through the South China Sea from regional squabbles. It is also partly the growing realization, as it draws down from Afghanistan, that threats emanating from armed non-state actors are best met with unmanned drones and deft use of special forces, as is evident in the string of successes since the killing of Osama bin Laden in Pakistan last May. In contrast, the potential unbridled ambitions of a rising state power, notably China, can only be checked by traditional force projection, such as carrier battle groups.

However, the four principles behind Washington’s Asia-Pacific pivot are also likely to benefit India’s interests. These principles, best articulated by US defence secretary Leon Panetta, in his United States Naval Academy commencement speech and the annual “Shangri-La" dialogue in Singapore, include: promoting “international rules and order…deepening and broadening our bilateral and multilateral partnerships, enhancing and adapting the US military’s enduring presence in this region, and to make new investments in the capabilities to project power and operate in Asia-Pacific".

Panetta’s emphasis on upholding international rules and order, particularly the “principle of open and free commerce" and maritime freedom, was also echoed by his Indian counterpart A.K. Antony and even by India’s foreign minister S.M. Krishna during his visit to Beijing. Krishna noted that India also had a stake in Asia-Pacific and wanted to use “all international waterways to increase trade among nations".

Indeed, with almost 90% (by volume) and 77% (by value) of its global mercantile trade being seaborne and a significant part of that traversing through Asia-Pacific, India’s economic well-being depends on effective enforcement of international rules and orders.

Given the deep-seated and, perhaps, justified reservation in outsourcing its security to a now friendly US, India would, undoubtedly, prefer to protect its interests in Asia-Pacific on its own. However, it has neither the political, diplomatic or military wherewithal to do so for decades, if ever at all. Moreover, the absence of an effective cooperative security architecture means that the bullying by the region’s dominant power—China—might go unchecked.

Increasingly, even the war-weary and economically weakened US realizes that it alone cannot police the vital region even with additional military capabilities and would need to work closely with other partners, notably India. Panetta’s visit to New Delhi last week was the first effort at this and the forthcoming US-India strategic dialogue in Washington offers an opportunity that India must seize. Unless, of course, New Delhi prefers to outsource its security interests in Asia-Pacific to Beijing.