Suri Cruise, the six-year-old style icon and daughter of Hollywood stars Katie Holmes and Tom Cruise, has set out to influence a whole generation of children with her designer dresses from the high-end American clothing line Juicy Couture and coats from the French label Eliane et Lena. Fashion blogs track her celebrity couture closely and have warned of style wars as Harper Seven Beckham, the six-month-old daughter of Victoria and David Beckham, starts wowing people with her designer wardrobe. These children are immaculate and steal the limelight from their celebrity parents, like baby Beckham recently did at the New York airport, according to online reports.

But if you thought such young style icons wrapped in expensive labels exist only in the US, think again. A similar generation of fashionable youngsters may be quietly growing up in India, too. And they may not necessarily be celebrity children like Suri Cruise or Harper Beckham.

Two months ago, a smart six-year-old girl caught the attention of the guests gathered to celebrate the first birthday of an insurance lawyer’s daughter at the Delhi Gymkhana. The trendy little girl sported a hat her mother bought at a high street London store. Dressed in Ugg shoes, a Burberry jacket and Tommy Hilfiger jeans, she charmed the onlookers and clearly overshadowed her homemaker mom and lawyer dad’s luxury labels. 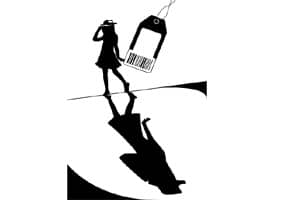 Her daughter, she claimed, is familiar with most major brands. “My six-year-old knows brands Fendi and Dior. When I was her age, the kick was in checking out my mum’s lone Louis Vuitton bag she had acquired from her trip abroad. Other than that I don’t remember seeing too many brands."

Since times have changed and most foreign fashion labels—premium and luxury—are now available in India, she has no qualms about exposing her young child to such clothing and accessories. “I’m happy to give my girl brands at a young age," she said, adding that the child has Burberry, Fendi, Dior, Tommy Hilfiger in her closet. “I’m always proud that she’s well turned out at birthday parties. Yes, I’m particular not just about my dressing but her’s as well."

She does not mind too much when her daughter tries to play with her make-up: MAC and Estee Lauder. Her explanation: Kids today are growing up way too fast and with exposure to brands it’s no surprise that they want their own stuff.

“All said and done, we move around in crowds where women are showing off these brands. My child can dress in regular Indian brands but if I can give her a taste of international, high-end brands, why not? Now my child wants Dior shades. I’ll see if I can buy."

Marketers and entrepreneurs find consumers such as these inspiring.

That’s probably why a young couple from a business house in Delhi launched luxury labels for children (0 to 8 years) some months ago. Called Les Petits, the multi-brand luxury store stocks brands such as Baby Dior, Fendi Kids, Miss Blumarine, I Pinco Pallino and Simonetta where infant boots cost ₹ 9,000 and a coat for a four-year-old is priced at ₹ 40,000. Next door, there is a banner for Armani Kids store opening soon.

Arvind Singhal, chairman of retail consultancy Technopak Advisors, says that luxury market for children is ultra niche, and, therefore, minuscule. However, what is equally true is the fact that Indians are spending more and more on children. That’s not all. Expenditure on aspirational shopping is growing. So while a consumer may pick a pack of tea at a discount at a large format retail store, the next moment she may splurge on a cup of coffee for ₹ 70. The same consumer is both value as well as lifestyle conscious. The latter trait holds a promise for premium lifestyle brands.

But the promise is made by Darshan Mehta, the president of Reliance Brands who is driving Reliance Industries’ luxury and premium labels business in India: “The last decade belonged to telecom and automobiles. This decade (2011-2020) will be the decade for fashion."