As India integrates rapidly with the world economy, there is increasing awareness about the need to align national economic policies with its World Trade Organization (WTO) commitments.

In recent months, policies proposed by the government of India to provide a level playing field for domestic thermal and solar power generation equipment manufacturers against unfair Chinese competition have been questioned on the grounds of its conformity to WTO rules. In particular, local content requirements imposed on solar generators for eligibility under the national solar mission, appears to violate them. 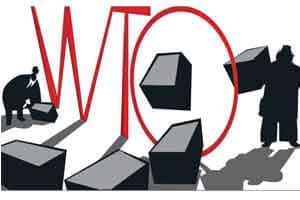 A brief understanding of the WTO provisions relating to these issues is in order. Article III (4) of the General Agreement on Tariffs and Trade, 1947, prohibits protectionism and discriminatory treatment against imported products and in favour of domestic products (the “national treatment" rule). However, article III (8) permits “payment of subsidies exclusively to domestic producers" and for governments’ non-commercial procurements. Taken together, in the context of power generators, it means that while governments cannot promulgate an industrial policy that directs a private generator to use only domestic components, it can subsidize its domestic equipment manufacturers, subject to the provisions of the Agreement on Subsidies and Countervailing Measures (SCM).

The WTO agreement that governs the subsidies framework is SCM. It defines two basic categories of subsidies—“prohibited" and “actionable". The former prohibits all local content subsidies which favour the use of domestic over imported goods. The latter, though not prohibited, can be challenged either through multilateral dispute settlement or through countervailing duties if the imports cause “serious prejudice to the interests of another member".

But a subsidy is “actionable" under the context of SCM only if it is “specific" to an enterprise or industry or group of enterprises or industries. Further, a subsidy is defined as a “financial contribution" that involves a “charge on the public account". Alternatively, a subsidy which is “widely available within an economy" is excluded from SCM.

This means that “subsidies" are restricted to grants, loans, equity infusions, loan guarantees, fiscal incentives, the provision of goods or services, and the purchase of goods. They do not include any indirect and trade-distorting structural subsidy by way of “revenues forgone"—lower (than cost recovery) utility tariffs, low land prices, repressed labour market, artificially cheap capital and so on—which are universal in nature.

All these provisions benefits China as much as they hurt India. The definition of subsidy in SCM fits nicely into China’s preferred international trade strategy and national industrial policy. Given its booming economy and favourable fiscal balance, the Chinese government can afford to massively subsidize its manufacturers with subsidies that are “widely available within the economy". For example, in 2010 alone, the China Development Bank gave $30 billion in low-cost loans to top five domestic solar panel manufacturers.

But countries such as India cannot afford an industrial policy that subsidizes their domestic producers. They, therefore, prefer to protect their domestic industry with preferential treatment through regulatory barriers like tariffs and domestic content requirements. Now, with regulatory restrictions prohibited by the “national treatment" condition and China-type manufacturer subsidies made impossible due to the weak fiscal positions of their governments, manufacturers from developing countries are left to fight an uneven battle against their Chinese competitors.

Any international trade law that seeks to control trade discrimination should equally neutralize the ability of governments to either regulate or subsidize away foreign competition. Regulation and subsidy are two sides of the same coin—a regulation is an indirect negative subsidy on the foreign competitor while a fiscal concession to domestic manufacturers is a direct positive subsidy to them. In other words, any WTO regulation to restrict trade discrimination can itself be fair only if the degree of restraints imposed on regulation is the same as that imposed on subsidies. Therefore, since China’s universal subsidies for its domestic industry is structural and, therefore, inevitable, it is only fair that its competitors should retain some right to balance Chinese trade competition with regulatory restraints.

In this context, India’s strategy should be threefold. The first priority should be a carefully tailored, WTO compliant, industrial policy that promotes local industry. Second, it should aggressively pursue the WTO’s dispute settlement mechanism to establish that China’s structural subsidies are actionable. Finally, as a strategic goal, India should push for renegotiating SCM itself so as to achieve a more equitable balance between the “national treatment" principle and SCM.

But with the Doha Development Round itself faltering, treaty renegotiations look a distant possibility whereas active engagement with the existing WTO mechanisms appears more practical. However, aggressive pursuit of India’s interests at WTO should carefully balance specific sectoral interests with broader economic and consumer interests.

Gulzar Natarajan and Srikar M.S. are civil servants. These are their personal views.