An economy unprepared for a crisis

An economy unprepared for a crisis

Global crises often catch India unprepared. The last time when this happened, in 2008, the government was caught napping. This time with the possibility of a Greek exit from the euro—and effectively the European Union (EU) (“Grexit")—soothing noises about being prepared can now be heard.

On Tuesday, chief economic adviser Kaushik Basu told Reuters: “Yes, India does have a contingency plan. There are different crisis management groups within the government to deal with such a possible scenario." He did not elaborate the contingency plan.

The fact is India’s “contingency plan" is likely to be an ad hoc blend of monetary loosening and some kind of spending push by the government. On the trade front, some incentives have already been handed out to exporters. These measures may arrest a precipitous landing in the short run but will not resolve the basic problem. That lies elsewhere. If anything, one can presage some pain for India in the medium run.

One way to look at the crisis since 2007—both the subprime mortgages crisis and one in the so-called PIIGS —is in terms of the macroeconomics of asset shortages. Since 1990 there has been a global shortage of good quality assets where investors can park their money. India’s troubles, should another crisis emerge, should be seen in this light.

From this perspective, the world can be divided into two parts: places/countries where good quality assets are available (say, “A" type assets) and those where assets of variable quality predominate (say, “B" type assets). The hunt for type A assets has been desperate. Over the past 10-15 years, this has unleashed the following global trends. 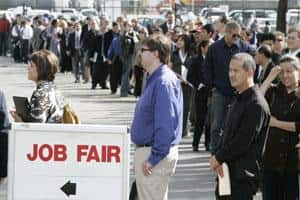 • One solution to this problem was to resort to innovative “engineering" and turn assets of “B" kind into the “A" kind. This can’t last: there are wake-up calls especially when mismatches between prices at which these assets are traded and their underlying value diverges too sharply. The East Asian crisis was due to overinvestment in such “artificial" assets. So was the subprime mortgage crisis. And so is the crisis in PIIGS. Once this happens, a renewed search, or rather “flight to safety", to type “A" assets begins.

• Finally, the original problem rears its head again: where are the good quality assets to be found? And again, innovative “solutions" are sought by converting indifferent assets into highly rated ones.

This explains, to a great extent, puzzling capital flow patterns in which EMs buy “safe" assets in developed economies and the latter then search for “paying," but clearly risky assets in EMs. If anything, “A" to “B" transitions in different parts of the world are markers of crises to come.

This cyclical pattern of capital inflows and outflows from different markets can explain what happened to India in 2008 and what is likely to happen now—in case there is “Grexit" and the EU does not manage the crisis properly. In the third quarter of 2008, when the crisis hit Indian shores, the Indian economy had clocked eight successive quarters of 8%-plus growth. Its current account deficit (CAD) for the past two years (2005-06 and 2006-07) had averaged 1.1% of gross domestic product (GDP). In terms of asset quality—currency, equities and debt —it was clearly in the “A" category. Resultantly, the sharp outflows in the wake of the crisis reversed quickly. In spite of being a current account deficit economy, capital inflows continued unimpeded except for some months after the crisis.

In 2012, all these indicators have reversed sharply. CAD in 2010-11 and 2011-12 averaged 3.3% of GDP; the combined fiscal deficit (Union + state governments) is at least 2.5 percentage points higher than the average for the 2005-06 and 2006-07. Equity markets have underperformed for a while and the currency has received a drubbing. There is no escaping the fact that India today has transitioned into a home for “B" type assets. From the perspective of the global search for quality assets, India is now an unattractive destination.

It is this aspect of the global crisis that the government is not paying attention to. A short-run crisis can now quickly translate into a longer-term problem. There are countries that have been afflicted by a similar disease in the past and have taken more than a decade to become attractive again. Indonesia is a good example. Thailand and Malaysia never recovered their past highs.

When the crisis does come, India will be able to do something—monetary loosening is possible as interest rates are still high—but not much and not easily. The most important weapon in such a crisis is the government’s ability to impart a fiscal stimulus. There is no room for that today. But in the end, it will be the external account where India will be hit hardest. Sudden drying up of capital inflows is now a distinct possibility. Once that happens, India will enter a danger zone: its CAD is now structural as the country has been unable to carry out the reforms that can bring it down.