Unviable TRPs (television rating points) are an open secret in the Indian broadcast industry. And even though the credibility, reliability and viability of these ratings are debatable, none of the broadcasters can disregard these ratings.

This cat was finally belled by NDTV earlier this month when it sued the Nielsen group, Kantar group, TAM Media Research Pvt. Ltd and others. TAM is a joint venture between Nielsen and Kantar, the market research arm of London-based advertising and public relations firm WPP Plc, in India and was launched in 1998 to provide television viewership data.

Following the suit, it was reported that even Prasar Bharati is considering filing a lawsuit against TAM on similar grounds. 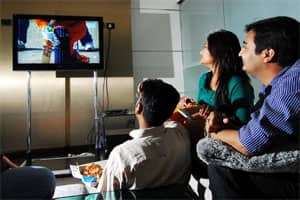 But for us, the viewers, why is this system of TRPs important?

Because, this system of TRPs is supposedly conveying our interests and viewing patterns to broadcasters. They are the only formal system of consolidated viewer feedback in terms of viewing patterns and preferences. Based on this research or unit of measurement, programmers, advertisers and editors are deciding what we like to watch and how.

The current buffet of programmes on our various channels is a result of decisions based on inputs from this system. For example, the current system of TRP ratings is based on TV meters installed in 8,000 or so households in urban locations across most states. This excludes large portions of the rural population, and certain regions such as the north-east and Jammu and Kashmir.

Intense competition and the dependence on advertising among broadcasters has made TAM a very powerful industry stakeholder. Advertisers make their decisions based on TAM ratings. The ratings also guide content makers on storylines, programme strategies and even editorial decisions, in a way becoming a vicious trap for Indian broadcasters.

It is this unreliable rating system that has resulted in sensational yet similar kind of programming across channels today. For example, the multiple crime-based programmes and astrology shows across the news channels exist because of TRP ratings. The rise of entertainment in news channels is also arguably based on TRP ratings. Even the overbearing, hectoring style of some anchors is a result of this herd mentality triggered by ratings.

Such cloning is visible even among entertainment channels. For example, Kaun Banega Crorepati (KBC) led to similar shows on competing channels. The emergence of the Colors channel with serials based on social issues instigated others to make the same sort of soaps. It’s not unusual to find similar dance, music or talent shows across competing channels in a bid to garner ratings.

These TRP ratings have even become indicators of quality. Popular television actor Smriti Irani explained at a meeting that I attended how various characters and the storylines of daily soaps are revised every Friday based on TRP ratings.

Similarly, TRPs are frequently discussed at the daily editorial meetings of news channels, influencing their choice of issues, formats and even selection of guests.

While this copycat behaviour or cloning of “successful formats" has helped many new and upcoming channels to survive, it has also hampered creativity and innovation. Take the latest example of popular programmes such as Satyamev Jayate, which nevertheless reported TRP ratings less than that of KBC and other top-rated serials. Are these ratings the sole indicator of the popularity of such shows?

The impact of TRP ratings on India’s television industry is yet to be documented or studied. The NDTV suit alleges that low ratings for its channels led to loss of reputation along with damage to profitability due to low advertising revenue. Such assessments of the overall impact on reputations, brands and even ad revenue haven’t yet been made.

The tranquillizing effect of TRPs on channels is such that we have not made use of television for national endeavour or achieving the goals and needs of a majority of the people. In many ways, these TAM ratings have suppressed the full potential of Indian genius and creative talent. That is why, apart from the “loss" that some individual channels suffered on account of TAM ratings, what the nation suffers and misses is much more.

P.N. Vasanti is director of New Delhi-based multidisciplinary research organization Centre for Media Studies. She studies and advises on policy issues in media and communication sector.