Who will prove cartels in steel?

Who will prove cartels in steel?

Now it’s the real estate industry complaining that steep hikes in steel and cement prices are making housing unaffordable for middle and lower income classes in India. The head of a real estate industry council said this on Sunday, while accusing steel and cement companies of cartelization— which means firms getting together to artificially raise prices even as their input cost structures differ from one another. 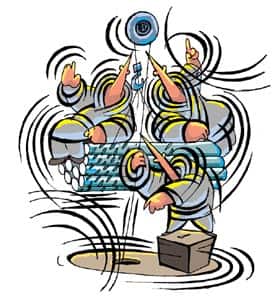 So, can the real estate body’s claims be read as support of the Chidambaram/Paswan view, and a response to Prasada’s stated lack of complaints? It is not clear if the council has given evidence on price hikes compared with input cost increases for the steel industry.

Lack of clarity is the one thing that emerges from recent government responses to rising inflation. Most important is the absence of appropriate systems to throw light on the question of cartelization. We refer, of course, to the case of the missing Competition Commission of India (CCI) that’s been in limbo for years, even after the related law was passed last year by Parliament. That is the correct forum for consuming and producing industries to have their pricing conflicts addressed.

The need for CCI becomes even more glaring given the complex structure of the steel industry—some players have an edge over the rest as they have captive mines for ore and/or fuel (coal). It is thus important to see why Tata Steel and SAIL did not need to go with the latest in a series of hikes by other, top private players. Is it because the two have captive sources of inputs and face less pressure on margins? The latest hike may be on hold with the steel minister assuring the firms of excise relief, but given the market conditions, the prices will be volatile. So, can the market rely on MRTPC, the defunct, weightless agency that failed to check cement cartelization for decades, which has been asked to look at steel? This controversy is unlikely to die soon. And only points to wrong signalling by a government reeling under poll pressures, as well as to the cost of not having a functioning CCI.

Is the government’s response to steel price hikes correct? Comment at views@livemint.com