A new mantra for human development?

A new mantra for human development?

Embedded within the wider context of neoliberal reforms, PPP or Public-Private Partnership is fast emerging as the strategy for development in India. Be it in the hard infrastructure sector of the economy, or in the softer social sector - PPP is presented as the one size fit all mantra that would plug governance deficit, bring efficiency, and (hopefully) achieve “Faster, sustainable and more inclusive growth". 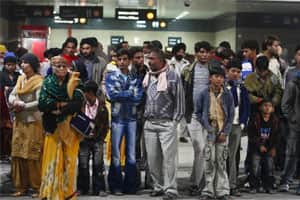 However, even as PPPs become the default solution for all of government’s woes, there are serious concerns about the equity, and public accountability dimensions of these partnerships. For one, information on PPP remains little beyond technical detailing, wherein the responsibility to serve the public good does not figure. Second, the experience with PPPs in India (and elsewhere) until now does not suggest a happy ending, particularly for poor communities. Third, in a policy environment where the state has abandoned its distributive role and has embraced big business to achieve its near-exclusive obsession with “high growth", these concerns become real fears. Are PPPs the Trojan horse of development for marginalized communities, arriving as gifts, but carrying within them seeds to further dispossess the poor in the interest of private profit?

N.C. Saxena on the hunger gap

Why do we need inclusive growth?

Towards a healthy India

Essential services such as water, sanitation, education and healthcare are vital for human development, to reduce poverty, and often a matter of life and death for many. Traditionally considered to be public goods too critical to be left to the market, they were to be met by the state. However, for long the delivery of essentials services has been in a state of collapse, plagued by gross neglect, corruption and low investment in maintenance and upgradation of existing facilities. Reforms were urgently needed, which ironically have come as PPPs, only to make these basic services and rights even less accessible to the poor. There are today a number of services being operationalized via diverse PPP models- ranging from operation and maintenance contracts, management contracts, concession agreements, Build, Own, Operate and Transfer (BOOT), Build, Operate and Transfer (BOT) and more. Changes have come at two levels. At one level, specific projects are being floated and implemented in various parts of the country. At another, reforms – both institutional and legal –are being brought about in the water, health, education and infrastructure sectors, which significantly impact the realization of the right to essential services, their regulation and governance.

So how has service delivery under PPP fared in terms of equity, public accountability or even efficiency for that matter? In the health sector, for instance, many hospitals under PPP acquired land at concessional rates with the condition to also provide services to poorer citizens. However, these conditions were never met. Eventually, the Supreme Court had to intervene to compel such private hospitals to reserve some portion of their capacity for free treatment of the poor. How far this is being met on the ground is anybody’s guess. In the water sector, the much-hailed Tiruppur Water Supply and Sewerage project (TWSSP) has affected domestic users’ access to water, besides pushing up the cost of water and sanitation substantially for poorer communities. Accountability issues have swamped transport and infrastructure projects. For instance, the Delhi-Gurgaon project has come under the scanner for delays, with “irregularities" for the concession period far exceeding the cost recovery/profit period of the private partner. The Comptroller and Auditor General’s (CAG) report in 2008 stated that out of the 17 PPP projects awarded, only five were completed on time, and the delays had cost the government a loss of about ₹ 384 crore.

The 12th Plan Approach Paper acknowledges some of these shortcomings, along with the need to bring in proper oversight, regulation and public scrutiny of PPP contracts, particularly in the social sector. However, the issue of public accountability and equity of PPP arrangements run far deeper than a cosmetic focus on specific contracts and narrow transparency issues. What about accountability of institutions?

A number of questions come up here. First, PPPs are ushering in new modes of governance, bringing in institutional changes, creating new para-institutions to operationalize and govern these partnerships. These institutions are neither public nor private but fall in the fault line in-between, thereby dodging traditional public accountability structures such Parliament, the CAG, the Vigilance Commission and now the Right to Information (RTI), though the demand to bring PPP under the RTI purview is growing. These para-structures are also at an arm’s length from electoral process, Panchayats, and other elected government bodies. Who are these institutions accountable to, then?

Second, PPPs also blur responsibilities between the government and a number of private contractors. Often, different actors are responsible for different sub-components of service delivery. Here, ‘accountability to whom’ becomes a central question. Third, what are the characteristics of PPP arrangements that are proliferating everywhere? The department of economic affairs loosely defines a PPP as a “partnership between a public sector entity and a private sector entity for the creation and/or management of infrastructure for public purpose for a specified period of time (concession period) on commercial terms and in which the private partner has been procured through a transparent and open procurement system". Here ‘private’ collapses diverse non state actors -- small scale entrepreneurs, big business, not-for-profit NGOs of various sizes and hues, grassroot community organizations and multinational corporations (MNC).

Similarly, “public" refers to national, international, state level and local tiers of government, each with varied technical and financial capacities to negotiate and regulate partnerships. Are partnership dynamics between a local government and a small-scale community organization, and partnership between a local government and a large MNC firm the same? Clearly, there are huge differences in power equations, partnership potential and the ability to negotiate and regulate these partnerships. To club them together is to create convenient ambiguities that allow PPPs to avoid the question of vested interests of large businesses. PPPs can pose as strategies to enable the small-scale initiatives of the poor, but in effect create ground to facilitate big business. In the guise of serving the weak, PPPs are ultimately about serving the strongest partner.

The government has often repeated that PPPs are at a nascent stage, and the regulatory framework to resolve their weaknesses is evolving. Meanwhile, there are 785 PPP projects being implemented at an estimated project cost of ₹ 383,332.06 crore, and many more are in the pipeline. With little to show on equity and public accountability indicators, what we have for now is a neoliberal assumption that such arrangements deliver -- at whose cost and for whom, is the question.

Richa Singh is the Executive Director of Centre for Democracy and Social Action (CDSA), New Delhi.