How long have you driven your car? How long has that toaster lasted? I’d assume that unless you bought some untested Chinese brand that is built to self-destruct on one use, they’ve lasted a reasonable time and you’ve not had reason to take them back to the store. And assuming you bought a “good" brand, any large-scale manufacturing level defect would have been solved by a product recall—the way Honda recalled its cars last year or Apple products are replaced without a question on defects and now even chocolates at airports are taken back if white and brittle (I kid you not, I managed to do that, though I thought the surly guy behind the counter at Chennai airport would hit me, even as an awestruck, chocolate-deprived teenager watched). What is it about financial products that we do not think about product recalls as an option? 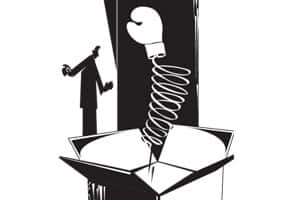 Two pieces of evidence. One, Ulip rules were changed in August 2010 to remove most product defects (some like the lack of standard benchmarks and portability remain). Given the sheer lobbying power of the Indian insurance industry, the haste with which the Ulip rules were changed in 2010 indicates a gun put to the regulatory head by the ministry of finance. Two, data now shows that Ulips were actually sold as three-year products and that companies made profits out of lapsed policies. A 4 June story in Mint (Policyholders ditch Ulips after 3 years) said that less than half the policyholders renewed their policies after three years by the end of March 2012 for the nine companies that reported full-year data. For the same year, data available show that between 9% to almost 70% of profits of the companies for the financial year 2011-12 came from the money appropriated from lapsed policies.

The pre-2010 Ulip should be recalled. What should a product recall of the pre-2010 Ulip look like? There are few examples of this around the world—the financial sector has powerful leverage and not many regulators have the mandate to mess with that. One successful example is the clampdown by the UK financial services regulator, the Financial Services Authority (FSA), that dealt with another badly sold insurance product—the payment protection insurance (PPI). By end March, the FSA had got £3 billion refunded to PPI customers by levying fines on banks that sold the product. The FSA advises anybody who feels the product was badly sold to not only get a refund but also seek compensation (the FSA page giving information to customers is here: http://www.fsa.gov.uk/ppi).

The FSA nailed the banks for mis-selling, but the pre-2010 Ulip situation will need intervention that is beyond the regulator. Not only was the product mis-sold, it was badly constructed using rules set by the regulatory authority. The worry is that the Ulip is not the only product that has caused havoc—there are others. Latest reports tell of the insurance regulator getting ready to ban the highest net asset value product—a kind of Ulip that locks an investor into the highest NAV for the life of the product.

But the product was cleared by the regulator not so long ago. Why should it always be the customer who pays for regulatory shoddiness and corporate greed? Isn’t there a class action suit waiting to happen to compensate investors in life insurance products that have been sold products built to explode that has both the companies and the regulator as defendants?