Benchmark indices and equities ended the week about half a per cent lower amid concerns over the drought-like situation prevailing in the country and also the dwindling prospects for the Indian economy amid low growth and high rate of inflation. The inflation data released last week was though in line with market expectations and was slightly lower than the previous week; the fact that core inflation remained high raised concerns that the Reserve Bank of India (RBI) may again fall short of market expectations in its forthcoming policy review meeting on 31 July. After the inflation figures were released, RBI governor D. Subbarao said India’s wholesale and consumer price inflation levels are way above its comfort level, but also maintained that high inflation leads to loss of growth. This led to widespread speculation about what action RBI would take in its forthcoming policy review meeting. Though some analysts maintain that a cut in interest rates could be difficult in this meeting as options with RBI are limited, especially in view of the fact that deficient monsoon rains will lead to a rise in food prices and this could further worsen the headline inflation scenario. 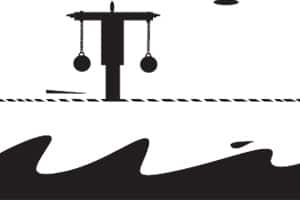 For this week, the beginning on bourses could be on a weak note due to several reasons. The first and foremost being the global turmoil on European and US bourses after the Spanish eastern region of Valencia, which is quite heavily indebted, asked for financial help from Madrid. This not only triggered a fall in equity markets but also pushed up borrowing costs for Spain. Though an action plan is on its way and this will not turn into a crisis, its impact will be seen on Asian bourses on Monday. Also impacting the sentiment will be Reliance Communications Ltd’s decision to shelve its $1 billion Singapore initial public offering, which was seen as crucial for the company to ease its burden of over $7 billion debt. A crisis at India’s largest car maker Maruti Suzuki India Ltd will also weigh on the sentiment on Monday.

However, on the positive side, Reliance Industries Ltd might support the sentiment and restrict the slide on bourses after it reported a 21% fall in its first quarter stand-alone net profit, which was better than expectations. Also beating the expectations were the gross refining margins.

From the point of view of economic indicators, the economic calendar in India does not have any significant events scheduled during the week. But the US calendar is quite hectic with data related to housing and GDP (gross domestic product) dominating the global economic horizon. On Tuesday, the monthly home price index, Richmond Fed manufacturing, services and composite indices will be released, while new home sales reports will be out on Wednesday. Reports on building permits, durable goods and weekly jobless claims will be released on Thursday, while second quarter GDP data and Michigan sub-indices will be released on Friday. Housing data and GDP data will be the most closely watched and could impact the trend on US bourses.

Technically, the trend on bourses is turning weak and benchmark indices are showing signs of range-bound movement with a downward bias. Unless the benchmark Nifty index on the National Stock Exchange of India Ltd settles above 5,271 points on closing basis supported by good volume, the bias on bourses will continue to remain weak. Thus 5,271 is a critical resistance to watch for on the Nifty. If this level is breached, the outlook of the market will turn positive, with the next resistance coming at 5,306 points, which will again be a crucial one to be watched on a closing basis. Once this resistance is crossed, the trend on bourses will be confirmed bullish, with the next resistance coming at 5,348 points, which will be a moderate resistance followed by a strong resistance at 5,412 points.

While on its way down, the Nifty has its first important support at 5,156 points, which needs to be watched closely as a fall below this level will mean that the next meaningful support will come at 5,091 points, followed by a strong support at 5,048 points. I think the markets should be watched closely keeping these levels in mind as they could see range-bound movement with negative bias initially.

From my previous week’s recommendations, Bharat Heavy Electricals Ltd and Orchid Chemicals and Pharmaceuticals Ltd met their targets easily, but Voltas Ltd missed its target by 50 paise as it touched a high of ₹ 116.50 against its target of ₹ 117.

Vipul Verma is chief executive officer of Moneyvistas.com. Comments, questions and reactions to this column are welcome at ticker@livemint.com.