BRICS and the ‘rogue states’ imbroglio

The insight that “insanity is doing the same thing, over and over again, but expecting different results", attributed to Albert Einstein, aptly sums up the approach until now of the key protagonists in the North Korean and Iranian nuclear imbroglios. 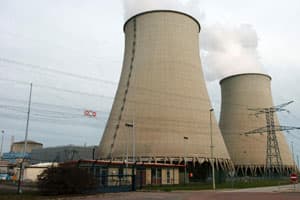 Similarly, while the latest round of the P5+1 (the permanent five members of the UN Security Council plus Germany) talks with Iran on the latter’s nuclear programme in Istanbul over the weekend has raised a sliver of hope, especially given the prospects of follow-on talks in Baghdad on 23 May, the expectation of a positive outcome is overly optimistic as the two sides remain poles apart on the fundamental issues. This lack of progress is despite two previous rounds of similar talks—in Geneva in December 2010 and in Istanbul in January 2011—and underlines the veracity of Einstein’s axiom.

Perhaps it is time for the principal actors to work on a new script or for a different set of actors to provide creative leadership to try and address these twin crises. Here the role of BRICS, the new kids on the global block, is equally disappointing.

The Delhi declaration, after the fourth BRICS summit, simply ignores the North Korean crisis and makes no mention of it at all. On Iran, while the declaration expresses concern over the “situation that is emerging around Iran’s nuclear issue" and cautions that the “situation…cannot be allowed to escalate into conflict, the disastrous consequences of which will be in no one’s interest", it merely notes that “Iran has a crucial role to play for the peaceful development and prosperity of a region of high political and economic relevance, and we look to it to play its part as a responsible member of the global community". There is no attempt at all to suggest a possible way out of the present crisis. Worse, the BRICS nations shy away from showing the leadership that they so eagerly covet on the international stage.

This is particularly ironic, given that at least three of the BRICS countries—China, India and South Africa—are significantly dependent on Iranian oil resources and account for 40% of all its exports. None of them can afford to lose this vital supply or suffer the consequences of its loss in higher oil prices, especially given the slowdown in their economic growth. Thus there is a strong economic and political incentive for the BRICS nations to seek a resolution of the Iranian crisis.

The BRICS countries in general, but Brazil, India and South Africa in particular—all of whom have better relations with Iran than the Western powers—can use their influence with Tehran to create the basis for a constructive dialogue. Such a dialogue would not address the nuclear issue in isolation but also seeks to redress Iran’s outlier and insecurity concerns through a broader regional security framework. Such a framework might also contribute to stability in Afghanistan after the US withdrawal. This approach will by no means be easy but if it works it might lead to constructive results.

That alone should be a risk worth taking, for the only thing worse than Einstein’s concept of insanity is the assumption that different results will come from doing nothing.