Nothing has changed in the Congress. In the political drama ahead of the announcement of Pranab Mukherjee’s candidacy in the 19 July presidential election, the nation is witnessing its arrogance, its ability to mess up things and also its capacity to make silence its fiercest weapon against its friends and rivals.

Being the largest single party, the Congress should have, ideally, decided its presidential candidate after basic consultations with the allies and sought their support. Instead, as usual the Congress party remained silent till the last minute. Congress chief Sonia Gandhi invited key ally West Bengal chief minister Mamata Banerjee only after election was announced by the Election Commission. Still it did not communicate properly to the most crucial prospective partner, the Samajwadi Party (SP) chief Mulayam Singh Yadav, leading to many instances of public embarrassment for the coalition. 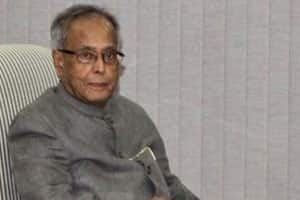 After coming to power, the SP government has apparently removed all the technical obstacles to the pet projects in Congress chief Sonia Gandhi and general secretary Rahul Gandhi’s constituencies. A number of projects, sanctioned by the central government, had been pending as the previous BSP government stalled them. According to a SP leader when Yoga guru Ramdev approached his party for support against Congress, the SP leadership refused. The SP seems to be keen on contesting the next Lok Sabha election jointly with the Congress in the hope that the alliance would help the party win at least 40-45 seats.

More importantly, the CBI cases of disproportionate assets against Mulayam Singh and his family members, could be yet another explanation for the SP’s turnaround in the 11th hour.

In 2007 also, the Congress adopted the same approach – it remained silent till the last moment as if weighing all options. Its choice, President Pratibha Patil’s performance has hardly been exemplary. If the Congress had divulged its intention to go for a woman president, others could have come up with better choices.

Many a times Congress’ allies have complained about its “big brother" attitude towards them. They say major policy decisions were not discussed with the allies –crucial decisions are taken at sub groups such cabinet committee on economic affairs or cabinet committee on security etc without being discussed in cabinet which has representation of all parties in government. This approach had led to several goof-ups too when the government was forced to cancel some of its major reform decision such as foreign direct investment in multi brand retail etc.

It is no secret that Mrs Gandhi was unwilling to nominate Mukherjee for the top post. Gandhi had to agree to Mukherjee, despite her reservations, at the last minute because the ruling party could not take Banerjee’s insults any longer. In fact, party leaders claimed that the TMC leader’s disclosure of Gandhi’s choices to the media and the subsequent announcement of three names including Prime Minister Manmohan Singh has really provoked the Congress to pronounce Mukherjee as its candidate.