This is a review/recollection of the book, Thinking Fast and Slow by Daniel Kahneman, the winner of the 2002 Nobel Prize in economics. The book makes a startling confession at the beginning: “it is far easier to detect mistakes in others than in ourselves" because we are cognitively busy when we are making decisions and it is difficult for us to simultaneously pause, verify and cross-check before we proceed to the next step.

Sometimes, it might not be possible either. That is why it makes sense that all of us have devil’s advocates. It is especially essential for political leaders, government heads, corporate heads or simply anyone in a position to influence, for the better or worse, the lives of scores of others based on what they do (or do not do) or say (or do not say). 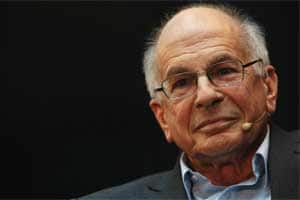 The chapter on stock-picking skills and on the importance of giving weight to simple formulas (longevity of marriage = frequency of lovemaking—frequency of quarrels) makes familiar but important points. Skill is overstated. While Kahneman prefers formulas over experts because even simple formulas do a better job than so-called experts, a conclusion that surprised him was that intuitive selection made by Israeli armed forces in picking soldiers for the kind of jobs they are most suited to do accorded very well with the “algorithm" or “formula" that he gave them. So, where does that leave us? Actually, what this episode tells us is that it is not easy to choose between formulae and intuitions. The book does not settle the debate. In fact, his honest admission of the startling accuracy of intuitions keeps it alive.

Kahneman says that if we wish one thing for our children it has to be an “optimistic disposition" even if it is true that “people tend to be overly optimistic about their relative standing on any activity in which they do moderately well" and even if the “optimistic style involves taking credit for successes but little blame for failures". According to him, optimism is the engine of capitalism.

At the same time, to give room for pessimists, it is good to do pre-mortem rather than post-mortem. Pre-mortem exercises legitimise doubts and doubters.

Chapters 35-38 are rich in spirituality. Our memory of pain and pleasure contradicts our experiences with them. All of us agree that we would like to maximize the duration of pleasure and minimize the duration of pain. However, that is not how our mind recollects an experience. It focuses on “peak-end" and not on the duration so much so that it opts to go through a painful experience—longer in duration—than another experience in which the pleasurable moments were longer in duration. For example, a 50-minute concert in which the first 48 minutes featured the finest singing with the last 2 minutes of poor singing will be recalled less as a pleasant experience than another concert which featured far less time of fine singing but featured one peak song rendered very well and a great finale.

Kahneman observes that the neglect of duration combined with the peak-end rule causes a bias that favours a short period of intense joy over a long period of moderate happiness. One wonders if this is exclusively a 20th century phenomenon. After all, we experienced 55% of history in the life after Jesus Christ in just the 20th century.

More staggering, 23% of the output since the beginning of 1 AD was generated in the first 10 years of the 21st century. It is more than the first 19 centuries generated in aggregate. (Source: http://www.economist.com/blogs/ graphicdetail/2012/06/mis-charting-economic-history)

What exactly happened in human evolution that made us want to and compress everything into one short burst? Is it the inevitable “progress" of evolution? Alternatively, is that how cycles end and restart since, by definition, “short" and “intense" are unsustainable?

If optimism were the engine of capitalism (the title of the chapter on optimism), then the focus on short and intense pleasure will be its funeral.

In sum, the book should leave us thinking about how “free" to choose we are really. The humility that should come with the answer to that question will enable us to avoid the traps that the last four chapters discuss.